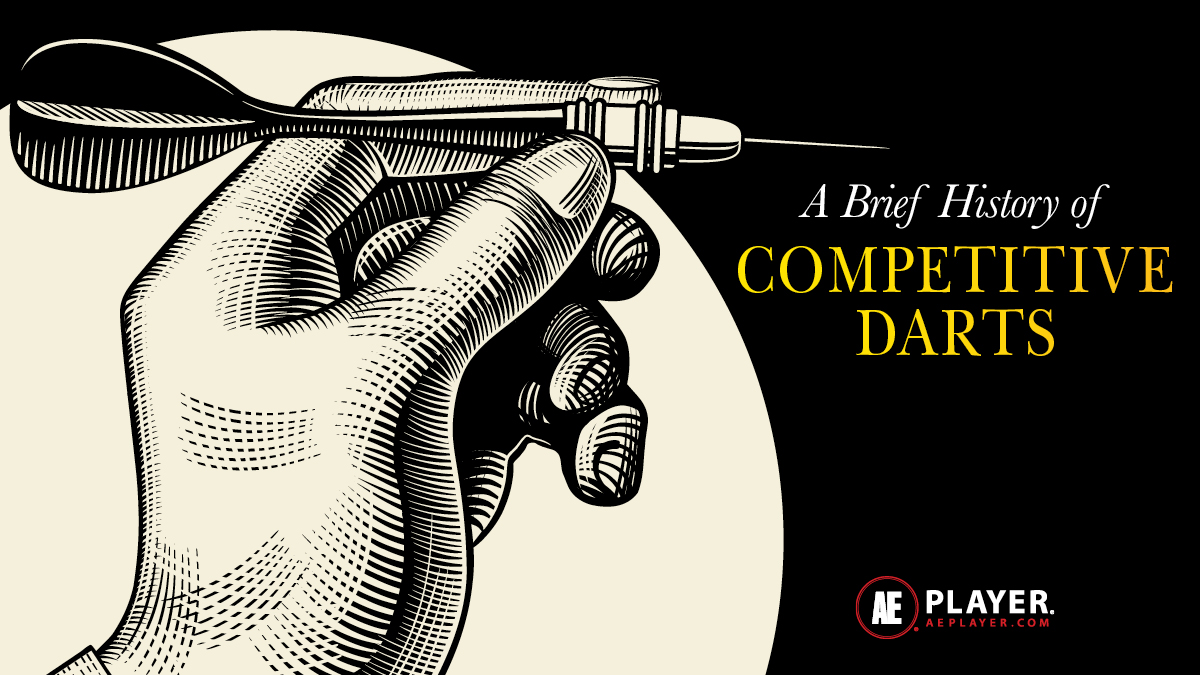 A Brief History of Competitive Darts

Did you know that the game of darts is 700 years old? It’s hard to imagine medieval knights throwing darts in suits of armor, but that’s not too far from the truth. In the 1300s, it’s thought that bored soldiers would compete by throwing the tips of their arrows or spearheads at the bottom of emptied wine casks. When wine barrels weren’t available, they started using a cross-section of a tree as the target. The tree rings, and cracks that formed when the wood dried, formed sections the soldiers would aim for, much like a modern dartboard.

The rules of the game

Over the next 500 years, the game spread up through the classes and across England. In fact, it’s rumored that King Henry VIII was gifted an elaborate set of darts from Anne Boleyn. In 1896, a carpenter named Brian Gamlin invented the numbering system we know today, which wedges higher-value numbers between much lower ones, making it difficult to garner a good score.

In 1924, the National Darts Association was established, and organized tournaments began popping up. The News of the World newspaper hosted a competition in London in 1927, which became increasingly popular in England through the 1930s. In fact, during the 1938-39 season, 280,000 people entered the tournament, and it remained the most popular darts competition until the 1990s. During the tournament’s peak popularity, another U.K. newspaper — The People — founded its own championship tournament.

The spread of darts during WWII

Though tournaments were paused during the Second World War, darts remained as popular as ever with soldiers — much like the soldiers of the 1300s. The game quickly spread to American troops, and darts became standard with most military sports packs. After the war, Americans brought the game back to the states where it was widely embraced.

Darts got a boost in 1962 when the Westward TV Invitational was broadcasted on television. The game’s popularity spread across the globe, and during the 1970s and ‘80s, the first darts “stars” emerged, with many becoming household names.

A crack in the foundation

Unfortunately, in 1992, several big names were unhappy with the way the BDO was running tournaments so they split from the organization, forming the World Darts Council — today known as the Professional Darts Corporation. Today, both organizations run high-caliber competitions, including a yearly world championship.

Are you ready to be a part of darts history? Find a dartboard near you and start practicing for a world championship.