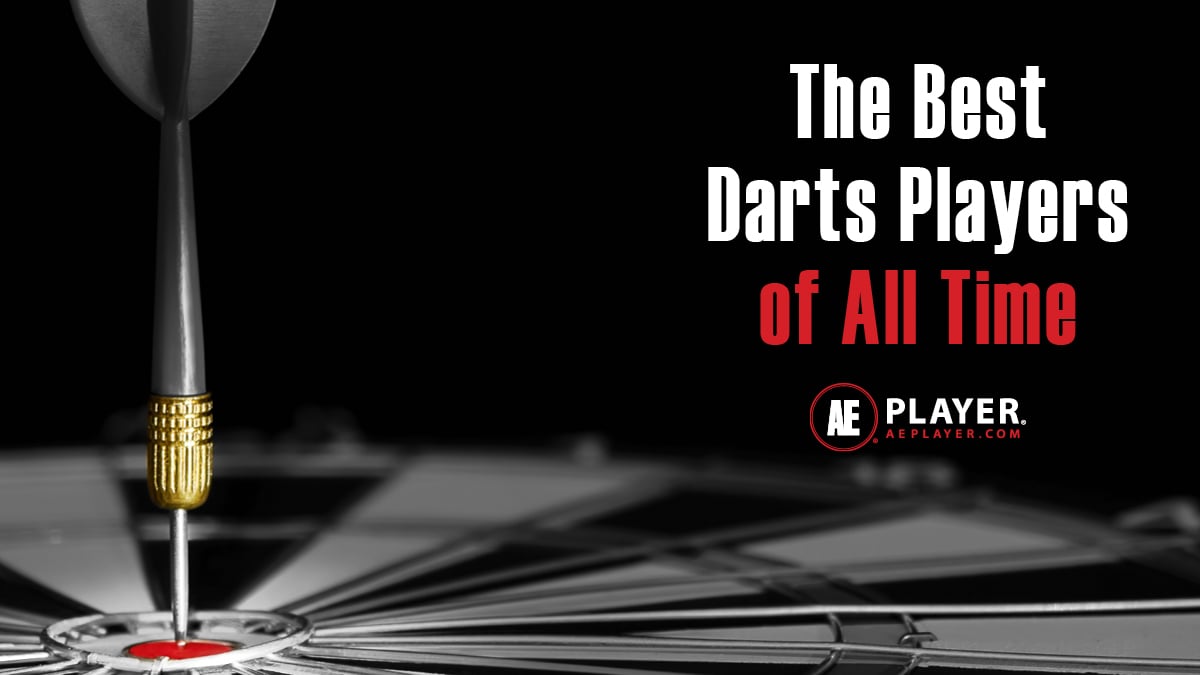 The Best Darts Players of All Time

Though the history of darts dates back roughly 700 years and organized competitive play began in the 1920s, professional darts only became popular with mainstream audiences in the 1970s and ‘80s. It was during this time that the first rising stars of darts appeared, and many became household names. Since then, a number of players have made their mark on the game and earned their spot on our list of the seven best darts players of all time.

When it comes to the greatest darts player of all time, nearly everyone will agree on Phil Taylor. He is the most-decorated player of all time with 16 World Championships, 16 World Matchplay titles, 11 World Grand Prix titles and a career total of 85 major titles. From his first major trophy in 1990 to his final title in 2017, he ranked No. 1 in the world for most of his career.

Raymond van Barneveld or “Barney” is simultaneously a fan favorite and a well-decorated player. In 2007, he beat Phil Taylor in the BDO World Championships in what many fans claim was the “greatest darts match of all time.”

Back in the ‘70s and ‘80s when professional darts first became popular, the biggest star was Eric Bristow. During those two decades, he won five BDO World Championships and five World Masters. After retiring, he also helped promote darts as a worldwide spectator sport.

Nicknamed “The Flying Scotsman,” Gary Anderson is the greatest Scottish darts player ever. He won two World Championships, holds two Premier League titles and has the record for the most 180s in a match (22). Many believe he is also the only competitive darts player that possesses the power to outscore van Gerwen.

During their heyday, Dennis Priestley was arguably Phil Taylor’s biggest rival. The two men were the only players to average 100 or more in the World Championship finals until Raymond van Barneveld did so in 2007.

Think you have what it takes to be the next great darts player? Find a dart board near you and step up to the oche.