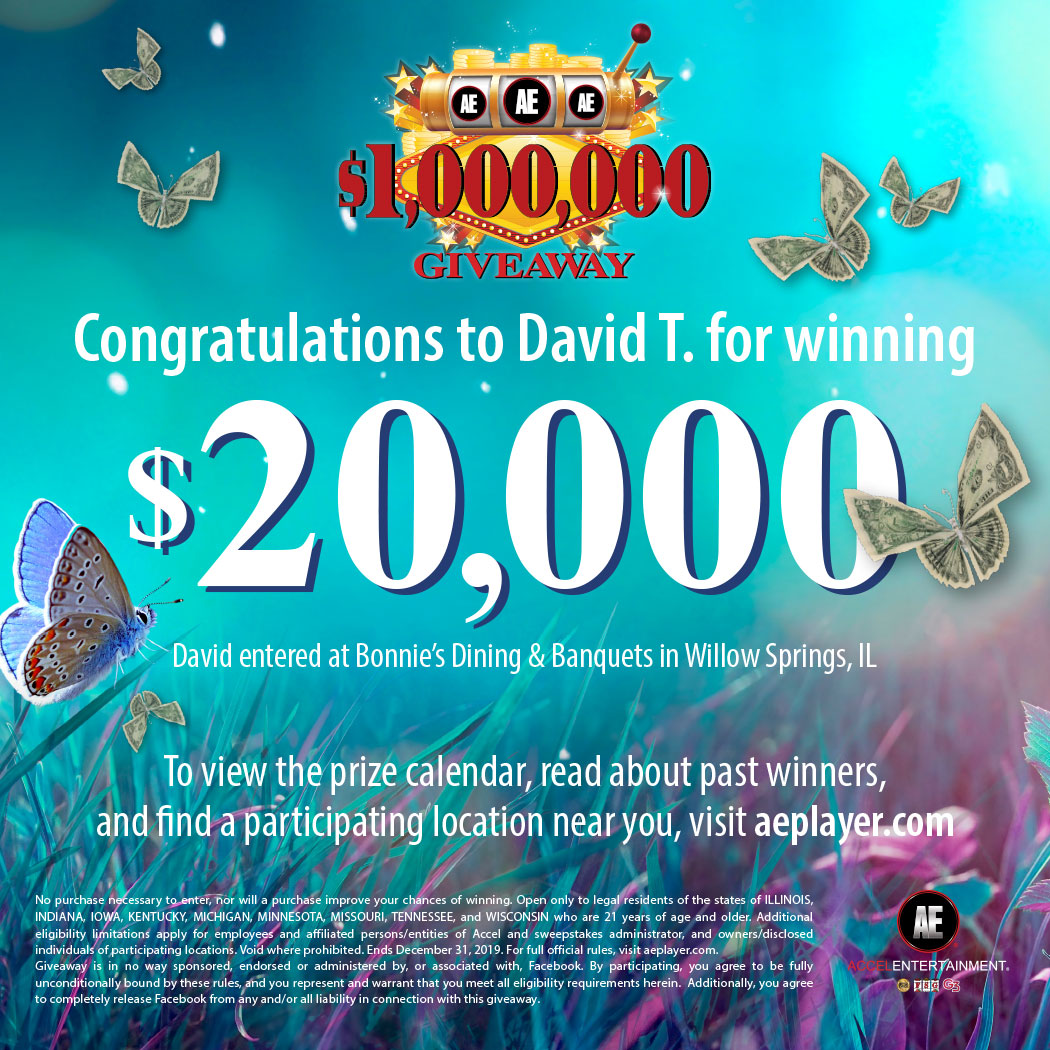 In May 2019, Accel gave away $50,000 in connection with its Million Dollar Giveaway. Our fourth big winner in May was David T. from Willow Springs, who won a $20,000 prize! First things first, we want to say congratulations to David for winning this prize! Only a few short weeks after he won, we were able to sit down with David and ask him some questions about his experience with the Million Dollar Giveaway.

David decided to enter the Million Dollar Giveaway when he became curious about the tablet devices that were present in many different slots locations he visited. All of the locations participating in the Million Dollar Giveaway have entry tablets to allow participants to easily submit their entries every hour they are physically present at a location. Accel has also recently launched the AE Player app, which allows individuals to enter the Giveaway from their mobile phones when they are inside a participating location.  The app also allows them to track their entries, view a prize calendar, and find other participating locations!

Before David won his $20,000 prize, only a few of his friends and family had been entering in the Giveaway – but David says everyone is entering daily now that he’s won! As for what David plans to do with his winnings, he says he isn’t exactly sure yet but he will treat himself to something special!

Congratulations again to David T. for his $20,000 prize winnings! Read more about the location David entered at, Bonnie’s Dining & Banquets in Willow Springs, in our location feature here! 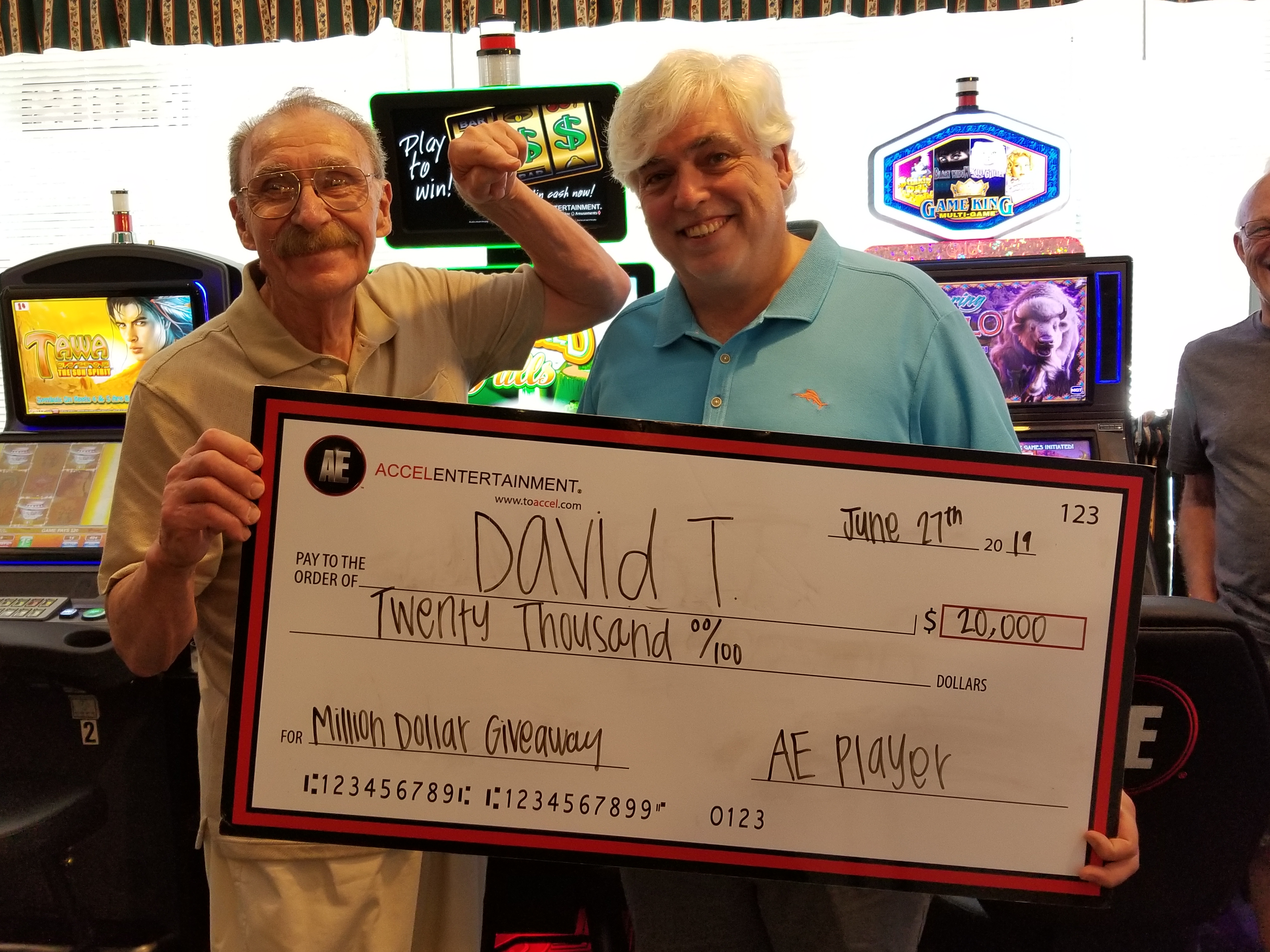 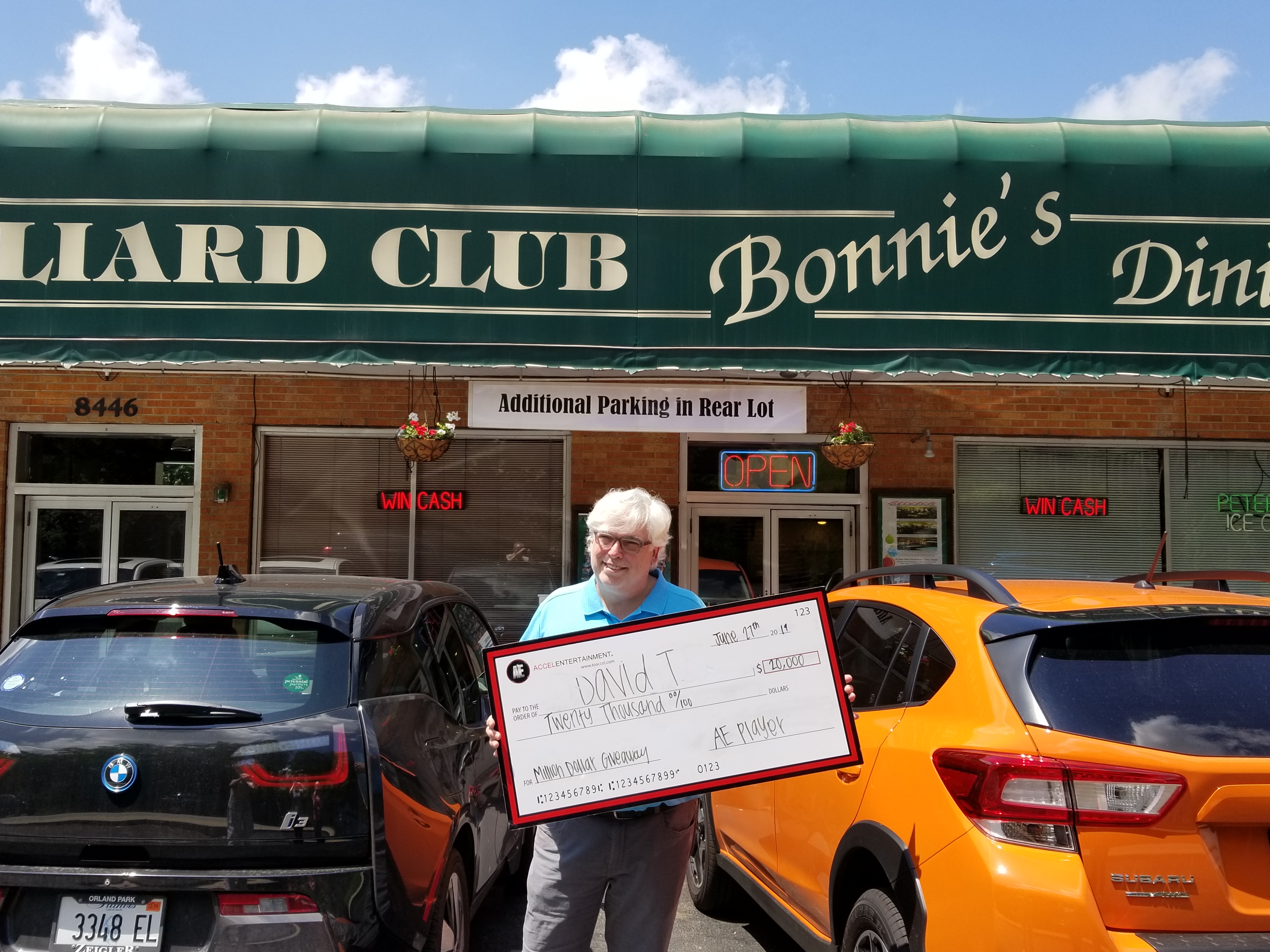