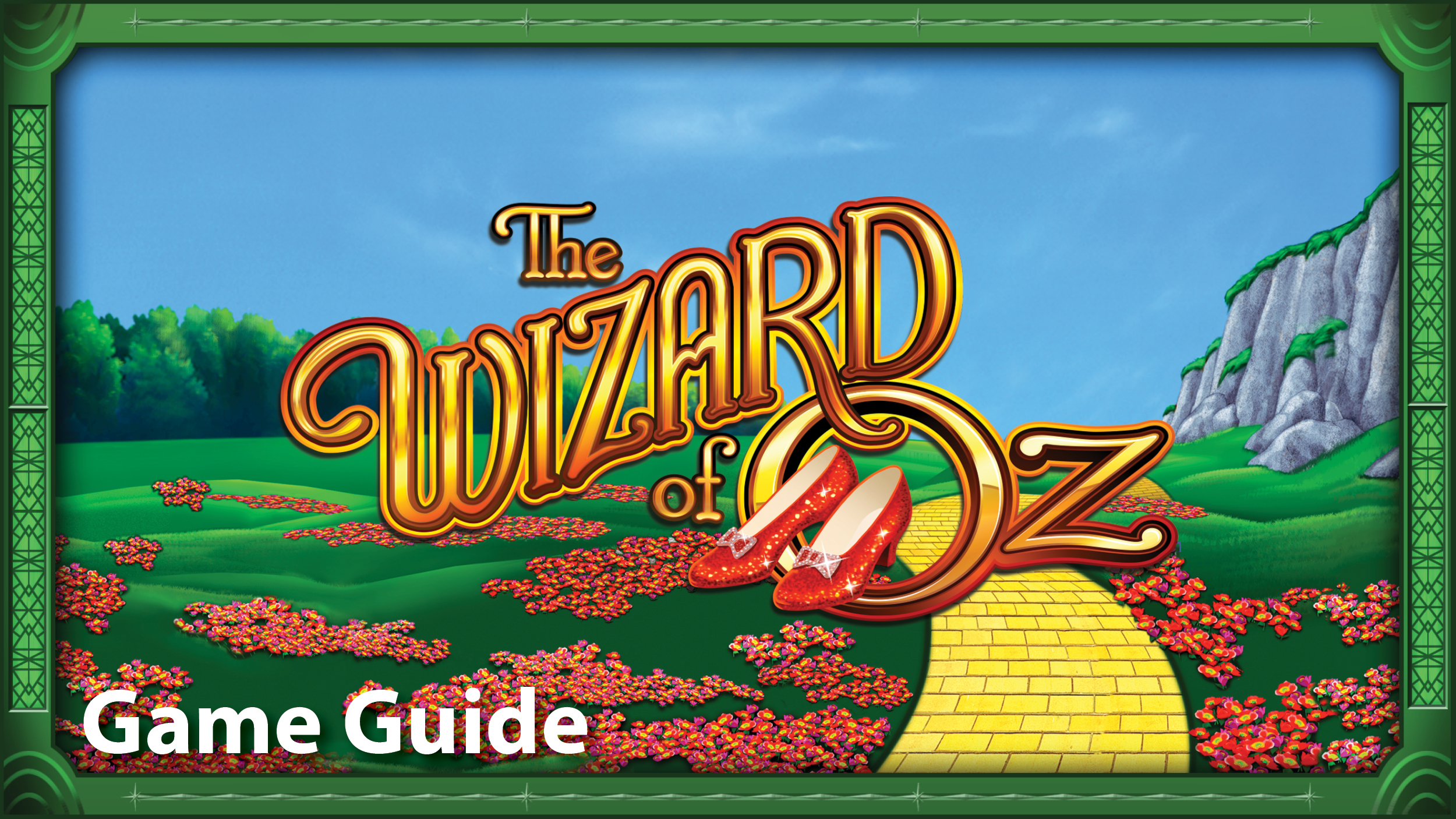 Game Guide: The Wizard of Oz

This month’s Game Guide will feature Bally’s The Wizard of Oz. This game takes you down the Yellow Brick Road, visiting familiar characters and references from the classic 1939 film, including Dorothy, the Tin Man, the Cowardly Lion and the Scarecrow.

The Wizard of Oz features a traditional five-reel slot game, with multiple bonus features. It also includes a Glinda the Good Witch feature that can randomly change one to three of the reels into expanding wilds, leading to possible big win opportunities! Once the reels stop, pay lines are evaluated and all line wins are paid to the player.

The Road to Emerald City bonus feature is activated once the player reveals three Emerald City icons in the game. The player is then sent to the gates of Emerald City to play for extra credits and multipliers. To better help the player on this bonus, finding characters will increase their odds throughout the game. If no characters are found before reaching the gates, the player is prompted to select one of the emerald charms shown at the gate for a final reward. If Dorothy, the Lion, the Tin Man or the Scarecrow are found before the player gets to the gate, the gates will open, and the player is sent in to see the Wizard of Oz. The Wizard of Oz will call out each character the player has found for an award. The player will then be prompted to look at the top box for each character award — all of them having four possible values associated with them. The values will then randomly land on a final award value per character. If the player has a multiplier, this allows for the values to be multiplied by the accumulated multiplier. These awards can range from five to 150 times the line bet, and each character can accumulate a six times multiplier.

The final bonus available is the flying monkey bonus. Obtaining three or more of the flying monkey symbols will trigger this bonus where the player is awarded eight free spins. There is also an opportunity to get the mystery wild feature if you can gather three mystery wild icons. When activated, the player is prompted to press any button to cause a flying monkey to enter the screen and randomly remove reel symbols, replacing them with wild symbols. Line wins are evaluated after the bonus ends. One thing to note is The Road to Emerald City and Glinda the Good Witch features cannot be activated during this bonus, and the jackpot will not appear in this bonus feature either.

There are so many different scenarios in The Wizard of Oz and so many ways to win. This game is popular for its nostalgia-provoking callbacks from the movie, as well as the eye-catching colors and imagery that make it come to life.

If you have played The Wizard of Oz, what is your favorite part of the game? Leave a comment below and let us know!