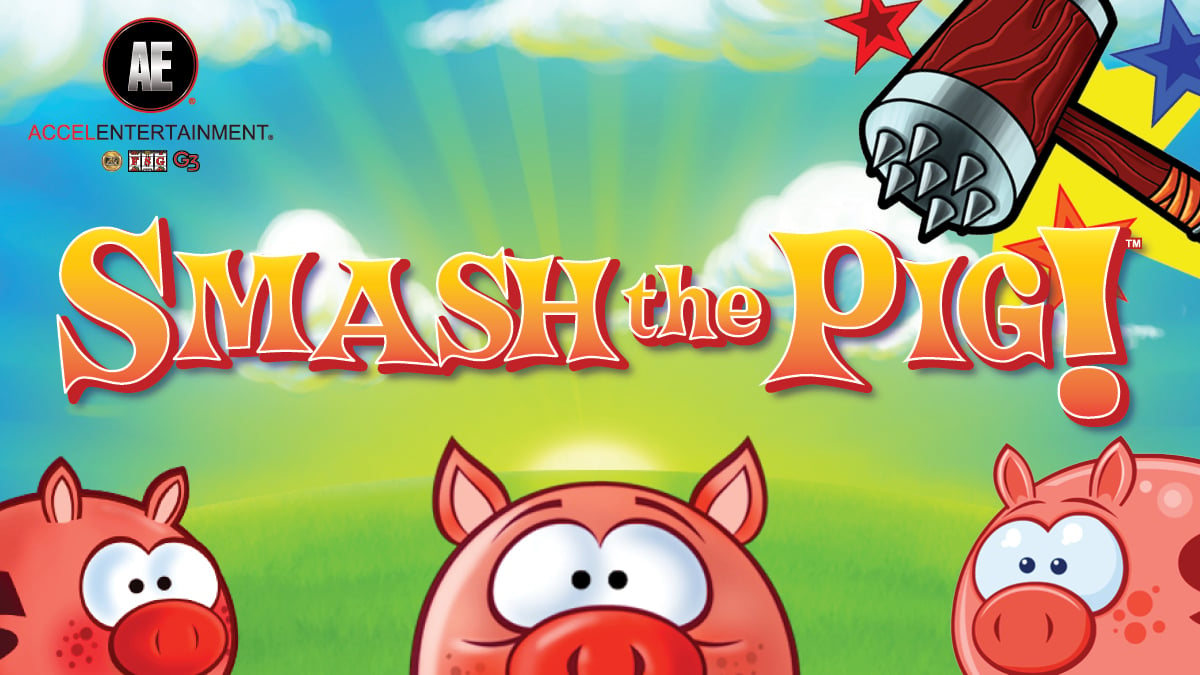 Smash the Pig is a perennial favorite among slot players – some would say it’s a smash hit!

In the main game, Smash the Pig plays like a very traditional slot. The game is a five-reel slot with twenty-five pay lines. The game will payout for three, four, or five identical symbols in a row. The rows can be read from left to right or right to left. The symbols on the slots include traditional playing card symbols ranging from a Jack to an Ace. There is also an icon for a hammer (for smashing the pig!), a coin, a stack of cash, and bonus game symbols (usually pigs). To the right of the reels is a cartoonish Luck Meter which will fill up during the bonus rounds and offer you more chances for random multipliers.

Three, four, or five bonus symbols will start the Pig Smashing Bonus! At the beginning of this bonus round, the player will be awarded a random amount of luck – which will be indicated by how much their Luck Meter fills up to the right of the reels. After the Luck Meter fills, the player will be shown a field of piggy banks and instructed to start selecting banks. Each piggy bank will reveal a random prize of a multiplier -ranging from 1x to 20x the total bet! In most cases, every piggy bank that is smashed will lead to a decrease in the Luck Meter – however some piggy banks can actually increase the amount of Luck in your Meter.

If all the piggy banks on the screen are picked and there is remaining Luck in the Luck Meter, new little piggy banks will appear on the screen and additional Luck will be added to the Meter. The Pig Smashing Bonus round will continue until the player runs out of Luck – at which point the player will return to the main base game.

Smash the Pig is AE Player’s featured game of the month thanks to its fun and cheery design and simple game play. Next time you’re at an Accel location, be sure to check for Smash the Pig – and remember, you can always access the game’s instructions by clicking the i (information) button on the slot machine.