Imagine you are in the ocean snorkeling. The sun is warm on your back and gulls are cawing above. You take a lungful of briny ocean air before diving down. The sea life around you is breathtaking— the coral, the multicolored fish, the disco balls … DISCO BALLS? Well, of course! This is Disco Dolphin! The grooviest game brought to you by the folks at IGT.

Laying Down the Details

Disco Dolphin is a five-reel slot game with 20 paylines. Each credit is worth 1 cent. The highest possible maximum bet is $4 and the maximum win per wager is set at $1199. The symbols in Disco Dolphin are your typical ocean animals but super groovy — a disco dolphin, fish with a pompadour, cool jellyfish, electric eel, pufferfish with a golden chain, seahorse, stingray with earrings, smug hermit crab, diamond, “X” multiplier symbol, lava lamp, cocktail, peace lifesaver, star goggles, and peace-loving sea turtle. All pays must be on an adjacent active payline and can be read from left to right or right to left. Only the highest of a kind will be paid, and line pays are multiplied by the number of credits bet on the payline.

Check Out Our Virtual Game Guide Below! 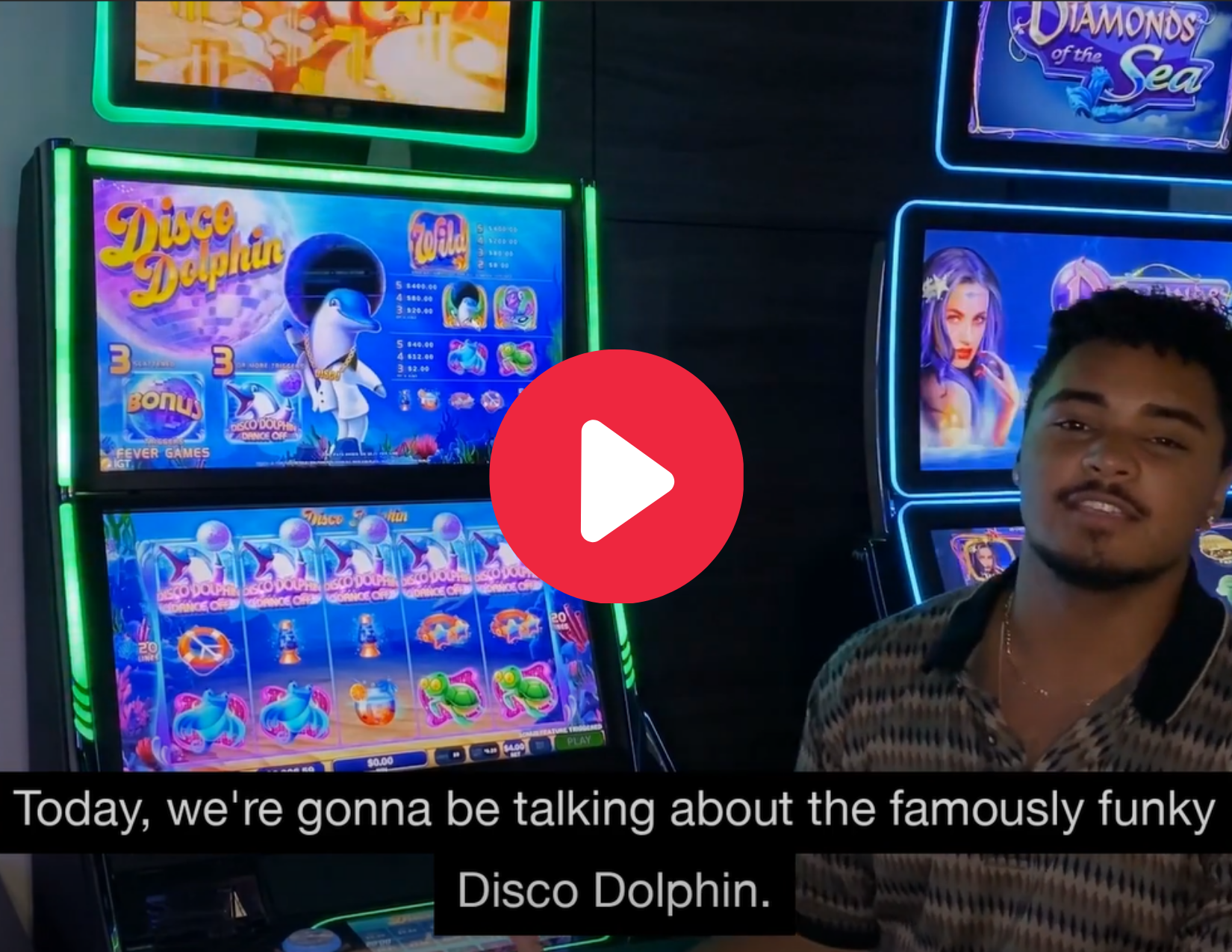 Now it’s time to lay out the bonus features!

Diamond Time Pick Bonus: If you roll three diamonds anywhere on the five reels, you’ll activate the Pick Bonus feature! This means you gain three chances to pick items on the table. The possible prizes assigned to any of these items are credits ranging from $8-$50, but this all depends on your initial bet.

Dancing Dolphin Bonus: If you spin two Disco Dolphin Dance-Off symbols, you trigger the Disco Dolphin Dance-Off Bonus Game! The “porpoise” (ha-ha get it?!) of this game is to pick one of three groovy dolphins. They’ll start dancing and if your dolphin breaks it down the best, then you win the prize that pops up above its head! Let’s hope your dolphin has some killer moves!

Free Spins Bonus: All you need to do is get three disco balls on any of the reels and you win some free spins. That’s five whole spins without you losing a penny! It also comes with a 2X multiplier and as the spins happen, if you get a disco ball, that will increase to 4X! More disco balls = more multipliers! Nothing gets better than that.

Disco Dolphin takes you under the sea. So, the next time you hear the Bee Gees while snorkeling, prepare to win some money!