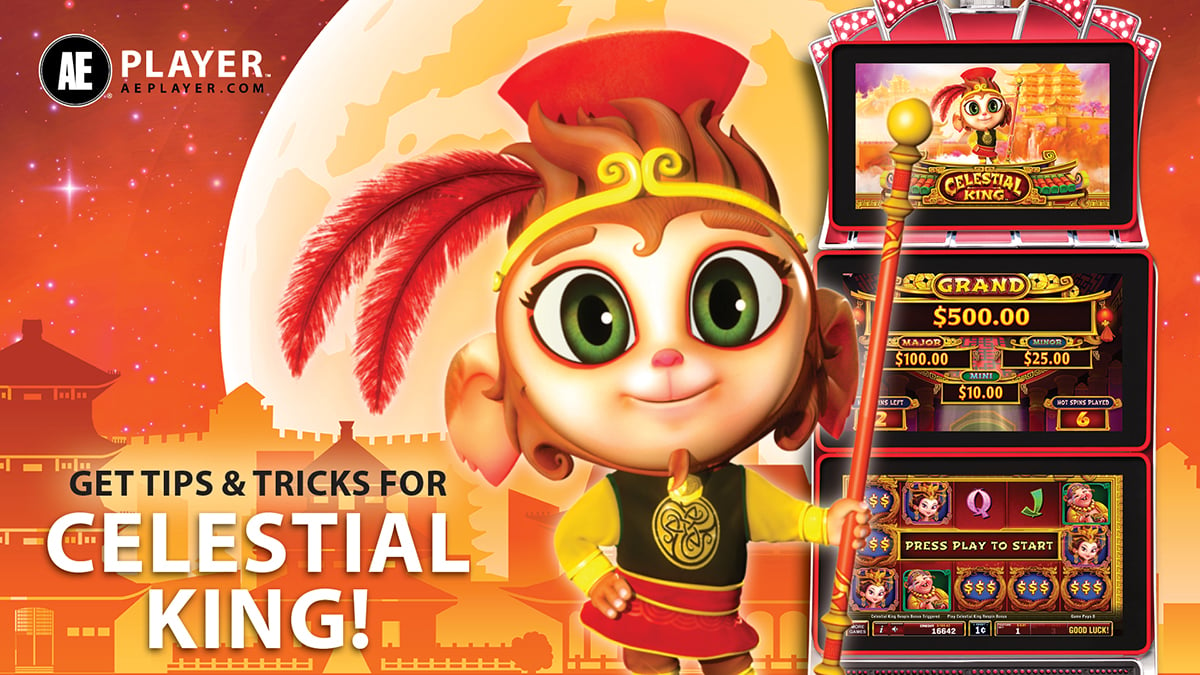 Celestial King by Bally is AE Player’s current featured game. This engaging masterpiece is filled with lucky symbols, enchanting graphics and charming animations of the Celestial King himself! Learn more about all the features and facets to Bally’s Celestial King below.

Celestial King is a 30 pay line, 5x3 reel slot game, with four different opportunities for Jackpots – the Mini Jackpot, the Minor Jackpot, the Major Jackpot, and the Grand Jackpot. In the base game for Celestial King, there are a variety of charmingly designed symbols. The higher-paying symbols include an enchanting Celestial Queen, a jovial pig and a bejeweled token. Some of the lower-paying symbols include a stack of golden coins, a lotus flower, and the alphabetic symbols A, K, Q, and J. There is also a symbol of the monkey Celestial King, which can be used for a wild symbol. And a symbol of a decorated dragon, which is used to trigger the Hot Spin Feature.

Bally’s Celestial King is a favorite of AE Player’s for many reasons. The engaging bonus features and jackpot opportunities make this game a winning combination, but what really seals the deal is the charming animations and graphics that are present in the game.

Have you played Celestial King before? What game would you like to see us write about next? Let us know in the comments below.