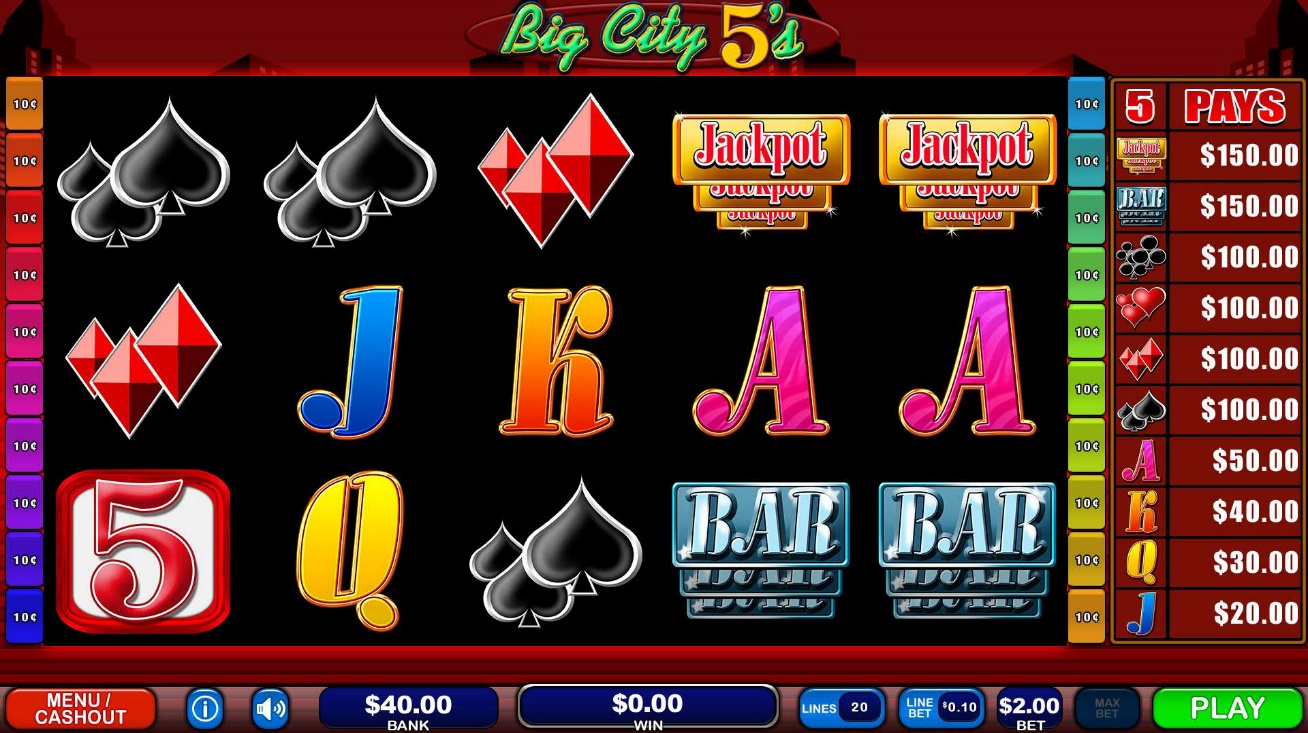 Welcome to the Big City, where the days are loud, and the nights are louder! Let the AE Player Insider be your tour guide this evening, showing you the ins, outs, and roundabouts of the fan-favorite IGT slot game Big City 5’s!

As you begin a game, you’re welcomed to the Big City. With the sprawling LED lights and skyline before you, you can almost hear the hustle and bustle of a city that never really sleeps.

The symbols and their values on Big City 5’s are as follows (based on 5 cents on five lines):

If you thought we were done there, you’re sorely mistaken! Now it’s time for BONUS POTS. BONUS POTS are hidden reserve pots filled by winning consecutive games with the same three and four symbols in a row that you can win on during the Big City 5’s Bonus Game mentioned earlier.

Last, but not least, is the Residual Credits Feature. Thought you didn’t have enough to bet one last time? Don’t worry about it. The Residual Credits Feature has your back. At the cost of the rest of your credits (an amount below your previous bets), you can spin one last time at the previous bet amount to pull yourself back up to win some more! We’re here to help you!

Big City 5’s will always be a favorite. Whether it’s the Bonus Feature or the Residual Credits Feature, everybody will find fun downtown. So, I know we’re the tour guide, but now that we’ve given you the map of the Big City, you can take it from here, right?