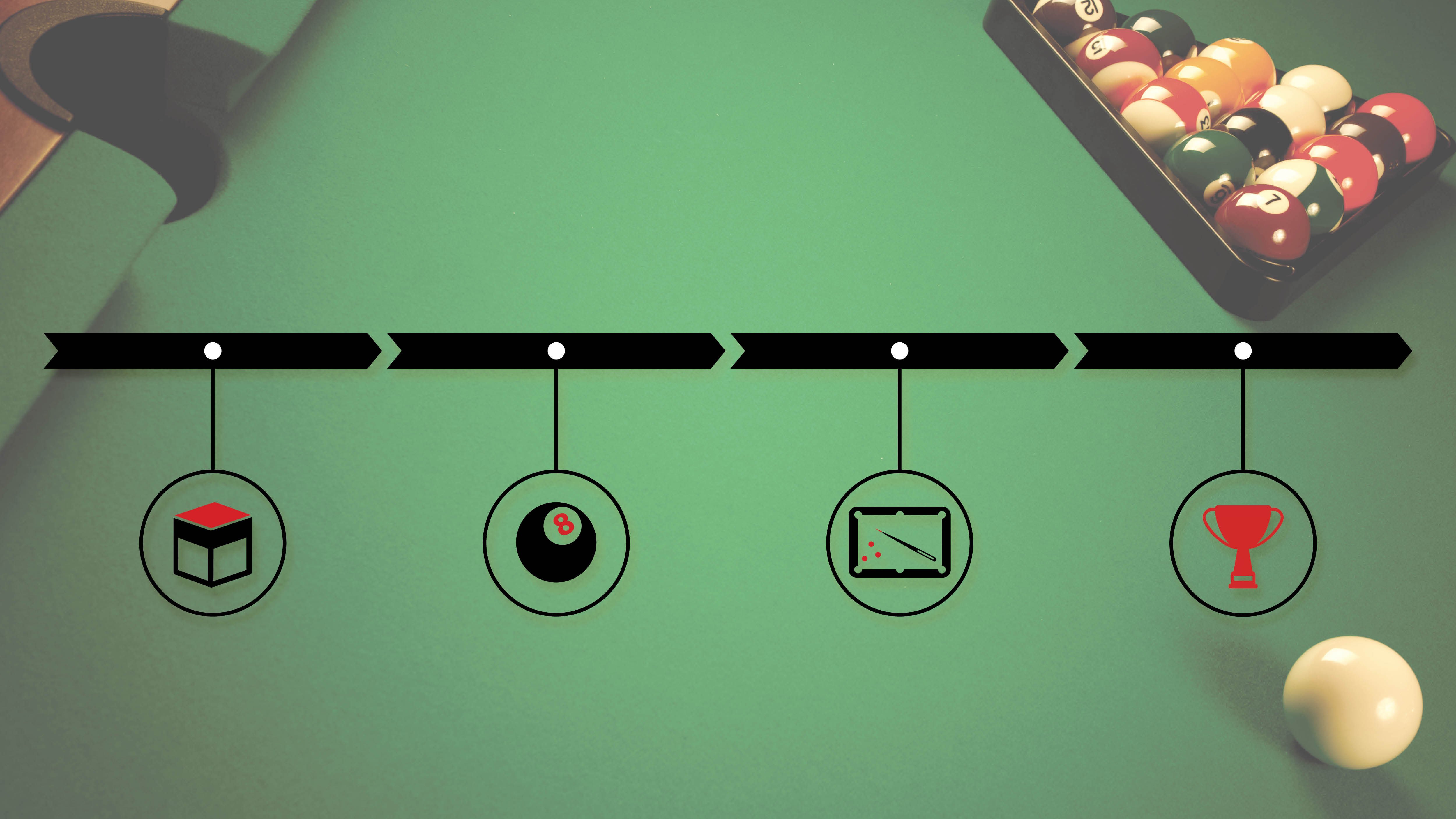 A Short History of Competitive Billiards

Though billiards might bring to mind smoke-filled rooms, trick shots and hustlers, it might surprise you to know that competitive billiards has a storied history stretching all the way back to 1878.

Billiards can be used as an umbrella term for any tabletop game played with a cue stick and cue ball. It covers three primary types of play — snooker, pool and carom billiards — with each including multiple variations. Snooker is a 22-ball game played primarily in the UK, whereas pool is a popular game in the U.S. that’s played with eight or nine balls on a table with pockets. Carom billiards has no pockets and uses just three balls.

The earliest form of billiards existed as an outdoor lawn game and was popular in France in the 1340s. The green cloth on modern billiard tables replicates the grass the game was originally played on.

As billiards rose in popularity, competitive play took off. The first pocket billiards championship was held in 1878, which continued annually until 1956, with individual matches throughout the year. During this time, the game became so popular that it occasionally garnered more news coverage than war!

In the early 1900s, pool and billiard players were household names. One such player was American Willie Hoppe, who at 18, defeated Frenchman Maurice Vignaux in a balkline tournament — a version of carom billiards. Hoppe became a legend, winning professional titles for nearly 50 years.

Carom games like balkline were the most played until 1919 when another legend emerged. Ralph Greenleaf was a renowned pool player, holding the championship title for nearly 20 years, losing only a handful of times.

After Greenleaf’s retirement, pool began to overshadow balkline with a new rising star — Willie “Mr. Pocket Billiards” Mosconi. He won the World Straight Pool Championship 15 times and was among the first inductees into the Billiard Congress of America Hall of Fame.

Both pool and billiards remained popular through the 1930s but tapered off during World War II and the ensuing years. Returning soldiers were focused on reentering civilian life and building careers, so pool rooms closed across the country. Mosconi retired in 1956, and it looked as though the game would die out. But billiards received a lifeline from an unlikely source.

In 1961, “The Hustler,” a movie about a pool hustler starring Paul Newman, was released and revived the game. Pool and billiards rooms began opening, and the sport remained popular until another war — this time Vietnam — once again left rooms empty. However, in 1986, “The Hustler’s” sequel, “The Color of Money,” was released and put pool and billiards back on the map.

Billiards and pool in modern America

Since 1986, both pool and billiards have remained popular bar room games, and professional competitions are televised around the world. It’s a game that’s been around for centuries and will no doubt continue to be a favorite for years to come.

Think you have what it takes to become pool’s next legend? Find a pool table near you.