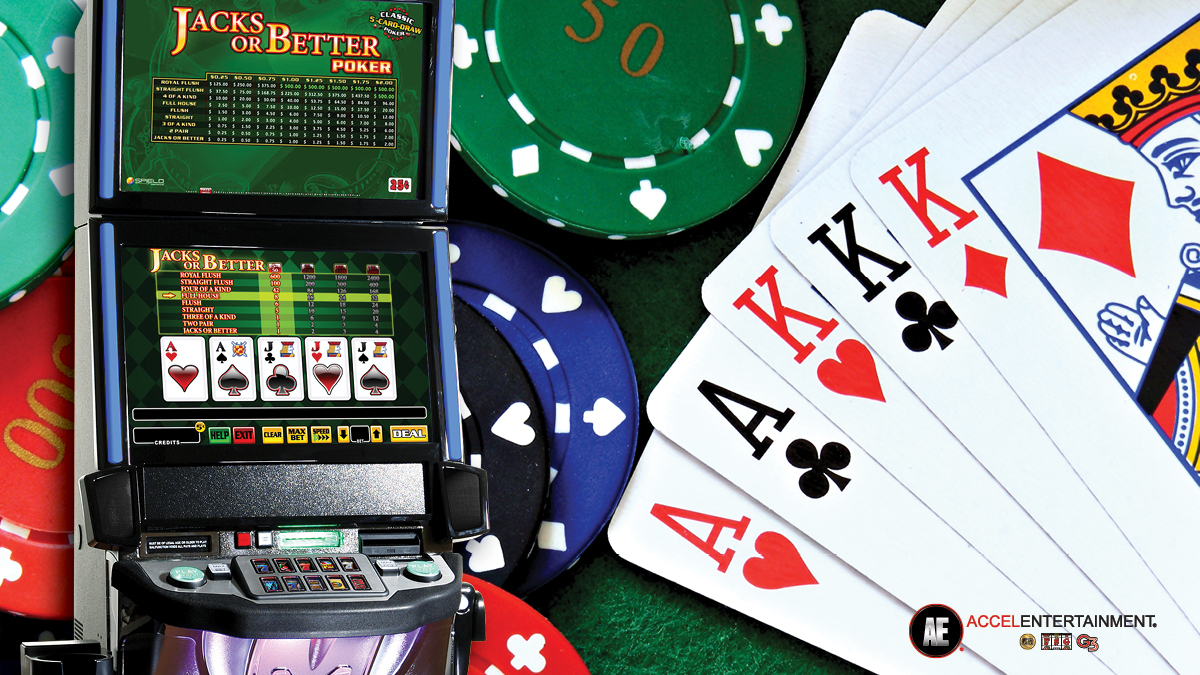 A Beginner's Guide to Poker

Not only is poker a fun game to play with your friends, but it’s one of the most popular video games in casinos and bars. For those who are new to poker, video poker is a great way to learn the basics of the game without the pressure of competing with others, and the video screen lists all the hands with associated payouts. But before we can get into that, you need to understand the basics.

How to play poker

Whether you’re playing with friends or at a video terminal, poker is typically played with a 52-card deck. Each card has both a numerical value (1 through 10), as well as a suit (hearts, clubs, diamonds and spades). Face cards have a higher value than the number cards, with the order being Jack, Queen, King, Ace. (Ace can also be a low card in a straight, but more on that later.)

One of the most basic and common versions of poker is five-card draw. To start, the dealer gives each player five cards. This is your “hand.” Each player has one opportunity to send back up to three cards to try for a better hand — and a better payout.

Below are the poker hands ranked from the lowest to highest payout. As the payout increases, the odds of getting that hand decreases, which is where strategy comes in.

When stepping up to the video poker terminal, there are a few variations to the standard five-card draw. Here are some of the most popular:

Ready to try your hand at poker? Find a video poker game near you or leave a comment below with questions or strategies that have worked for you.