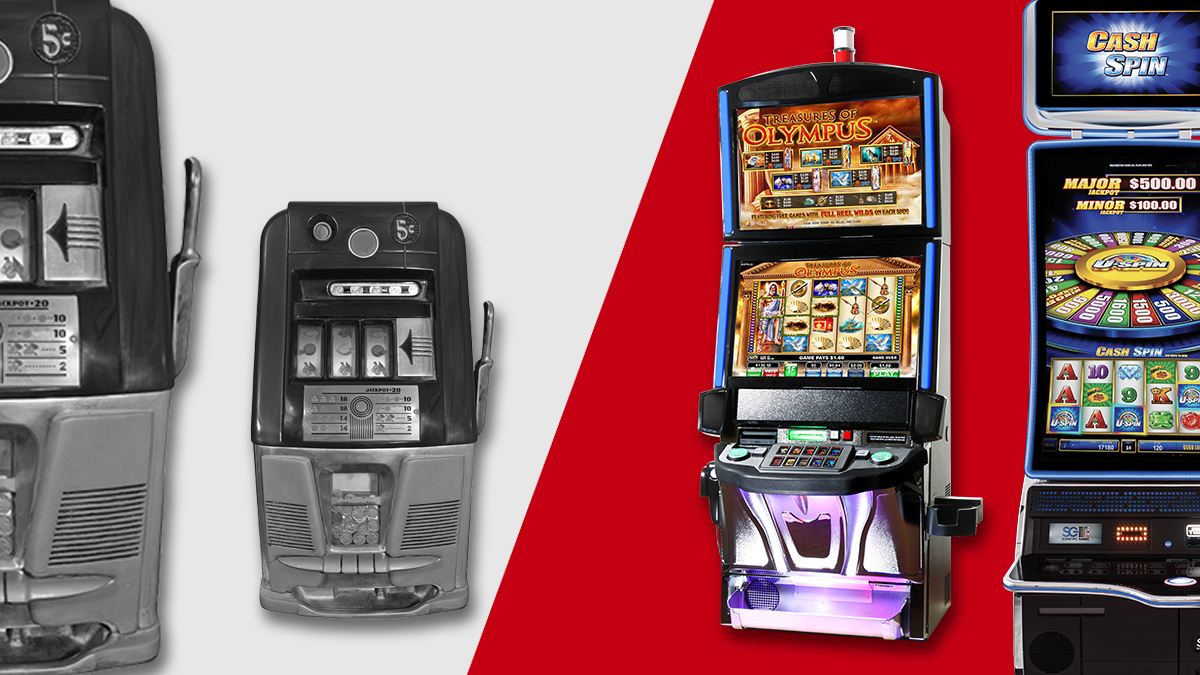 The History of Slot Machines

Slot machines have been some of the most popular types of gambling games for over 100 years. In fact, in Nevada alone, slot machines brought in over $7.7 BILLION in 2018. But how did slot machines become so popular, especially when they’re still illegal outside of casinos in most states?

To answer that question, let’s look at how slot machines got their start. The modern precursor to slot machines were created by a company called Sittman and Pitt based out of Brooklyn, NY. These original machines would display a random order of cards, and players were given prizes by how good their poker hand would be with those cards. However, these original machines did not dispense money. Instead they were installed in bars and restaurants throughout New York, and each location would determine the prize for each hand. For instance, a bar could give out a free beer for a flush, or cigars if someone got four-of-a-kind. The entertainment value that these machines added to bars and restaurants would lead to the eventual invention of the slot machine.

The modern slot machine as we know it today was invented in 1898 by Charles August Fey, who operated out of San Francisco, CA. Fey was the first person to incorporate the lever operated, three-reel automatic payout machine. Because of the one arm design and the common knowledge that these machines “stole” your money, the slot machines adopted the clever nickname of one-armed bandits. Fey’s first machine was named the Card Bell because of the playing card images on the reels. Like some of today’s slot machines, the Card Bell was activated by inserting a penny and pulling a lever to spin the reels. There were various winning combinations, and if a gambler hit one of those combinations, they would be a little bit richer!

The biggest competitor to Fey was the Mills Novelty Company which operated out of Chicago, IL. Mills was able to incorporate an assembly line process to develop their slot machines, something Fey had not yet been able to do. It didn’t matter for Fey because in 1906, his business was completely destroyed by a massive earthquake in San Francisco. Once Fey was effectively out of business, Mills came out with their own Liberty Bell model slot machine in 1907. There is still speculation on whether Fey helped them produce the machine, or if he kept his business secrets to himself.

In the mid-20th century, trade simulator machines became popular. These machines worked like slot machines but would show pictures of different flavors of chewing gum. Players were able to redeem prizes based on the fruits they received from these machines. Fun fact, this is why many slot machines feature lemons, cherries and other fruits, and the BAR symbol we know today was also the logo of a popular trade simulator.

In 1963, Bally created the first electromechanical slot machine, which helped fuel even greater interest in them. These machines could have a bottomless hopper and an automatic payout of up to 500 coins without the help of an attendant. Combined with the increasing popularity of Las Vegas at the same time, and you can see how slot machines quickly became a gambling phenomenon.

In 1976, a company called Fortune Coin Co. became the first to develop a video slot machine. These machines would become the basis for the machines that many of us use today. Now, there are several models of video slot machines in casinos around the world – or anywhere else that gaming is legal!

What’s your favorite memory of slot machines? Let us know in the comments below!