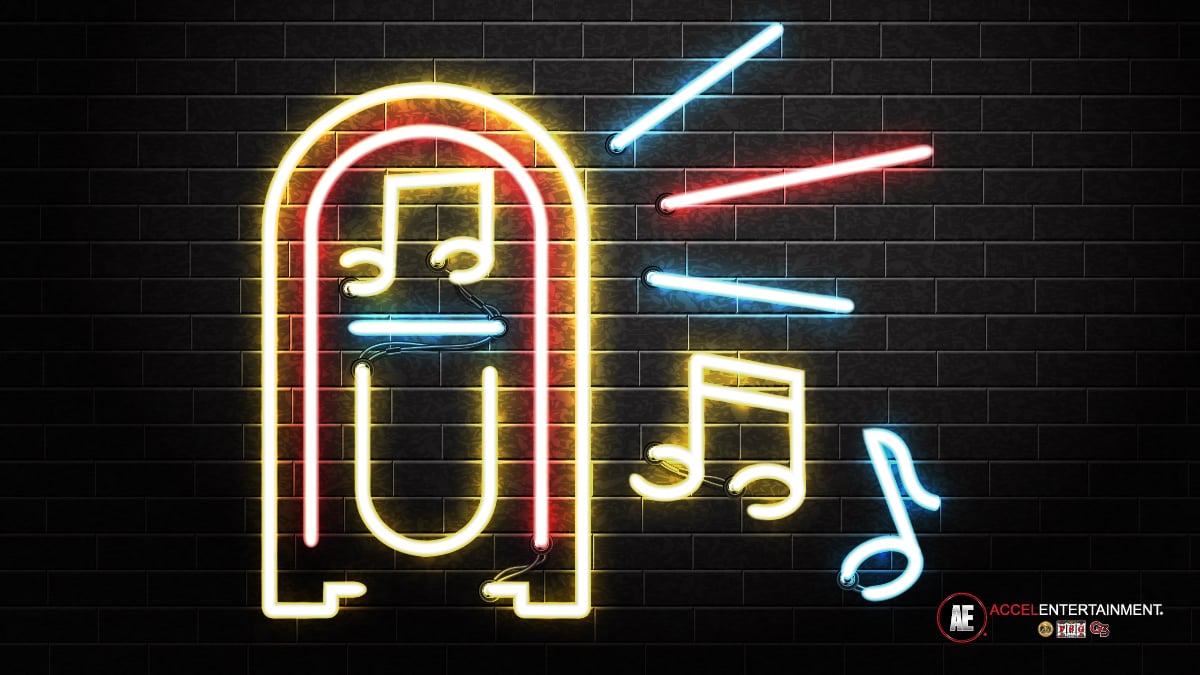 The Ballad of Tavern Tunes: A Brief History of the Jukebox

A jukebox might bring to mind images of 1950s diners, sock hops and The Fonz, but the history of the jukebox isn’t unlike the history of music itself. As music evolved from record players to CDs to MP3 players, the jukebox has evolved along with it. Regardless of the hardware and technology, jukeboxes have always had one goal — to connect people through a shared musical experience and create a fun atmosphere.

Though the term jukebox didn’t appear until the late 1930s, its history goes back much farther, starting with the creation of recorded music.

The dawn of recorded music

Until 1877, music could only be listened to live at a concert. It hadn’t been recorded and played back until Thomas Edison invented the phonograph, which used a needle and grooved wax cylinders to play recorded music much like a record player. This invention brought music into people’s homes and forever changed the listening experience.

Expanding on Edison’s invention, Louis Glass was the first to bring music players into public spaces and monetize them. In 1889, he installed a coin-operated phonograph at Palais Royale Saloon in San Francisco. To play a song, patrons had to pay a nickel, so he called his invention a nickel-in-a-slot, which was later shortened to nickelodeon.

Glass’s nickelodeon was improved upon in 1906 with John Gabel’s Automatic Entertainer, which offered a much larger selection of music — a whopping 24 songs. However, nickelodeons were still a novelty, and it wasn’t until the invention of an amplifier in the 1920s that jukeboxes really found their groove.

In 1927, Automated Musical Instruments Inc. developed an amplifier for the nickelodeon, making them incredibly popular — especially in speakeasies. Patrons could now enjoy recorded music in the company of others and each establishment developed its own sound, providing Americans with a cheap form of entertainment in the ‘20s and ‘30s.

Fast forward to the 1940s when jukeboxes reached a whole new level of entertainment and a jukebox’s design became almost as important as the music it played. These machines were designed with neon rotating lights and bubble tubes, and became works of art.

A resurgence in the digital age

The popularity of jukeboxes temporarily declined with the introduction of cassette tapes. Fortunately, they weren’t down for long. Because most music is now stored digitally, jukeboxes are back in bars with a fresh, modern look. Most contemporary jukeboxes are wall-mounted touchscreens with more songs than ever before.

Accel’s partner TouchTunes is the largest in-venue interactive music and entertainment platform in North America. These digital jukeboxes host millions of songs and offer integrated services like a photo booth and karaoke games. Patrons can even download a mobile app to access the bar or restaurant’s playlist right from their smartphone.

So, even though you can’t see a 45 spin in the neon lights, jukeboxes still allow you to head to your favorite watering hole, curate a playlist and sing along to your favorite party anthems.

Ready to rock out? Find a jukebox location near you and hit play.