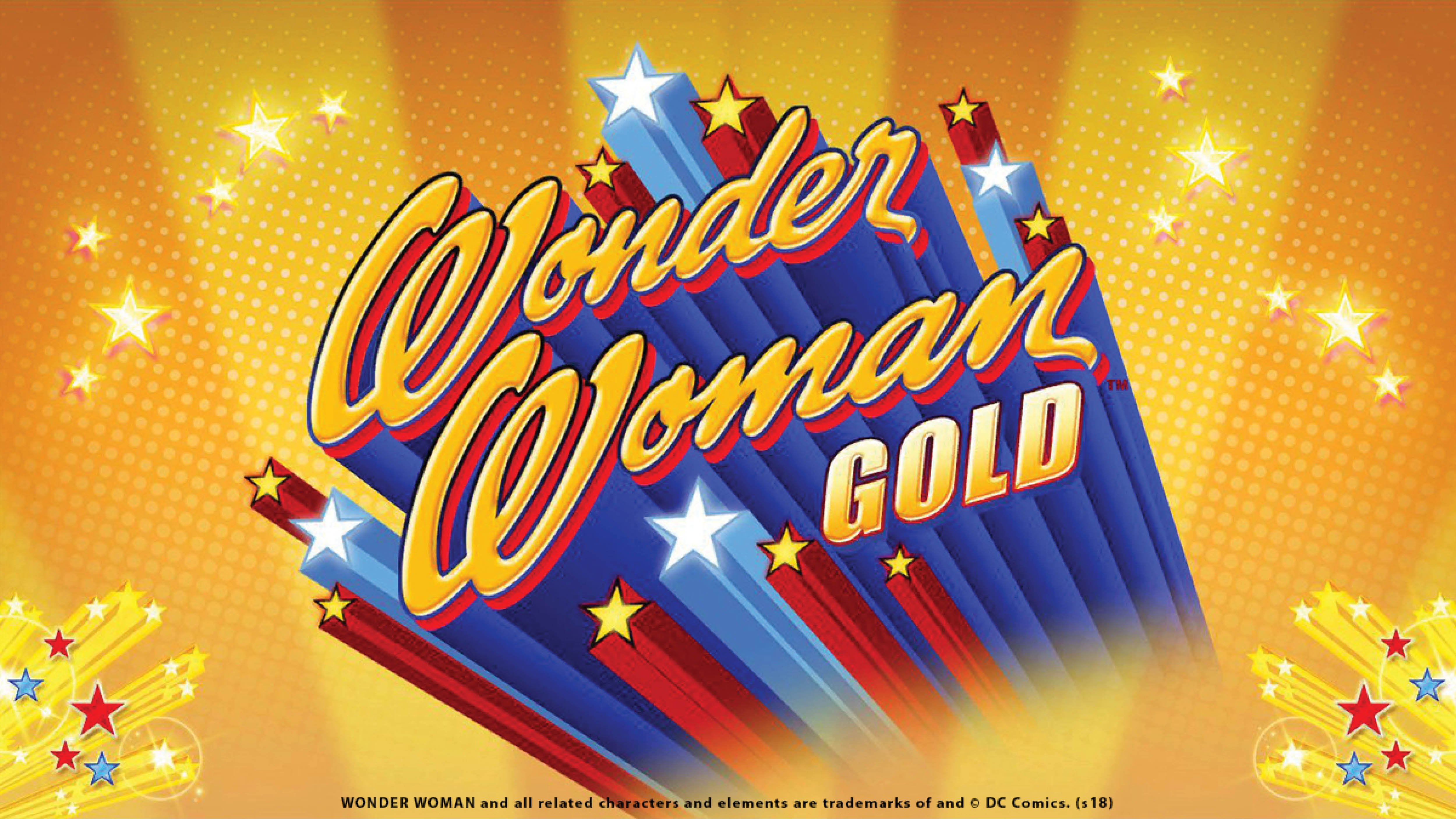 When it comes to perennial favorite games, many of our slot players would agree that Wonder Woman Gold is in the top tier! Read on to see why this beloved superhero slot scores top marks with slot players across the state.

As with many slot games, all pays (except scatter pays) are adjacent on an active pay line and read from left to right. Scatter pays are paid for symbols appearing in any positions on the reels. Only the highest win per line played will be paid out, but scatter pays will be paid in addition to line pays.

Wonder Woman Gold also has a mystery stacked reels feature where each reel contains mystery symbol positions that are randomly replaced with base game symbols when each reel spin is first initiated. These mystery stack reel replacements are only available during the base game and not during the Hot Spin feature.

Also featured in Bally’s Wonder Woman Gold is the Wonder Woman Expanding Wild feature. Wild symbols appearing on reels two, three or four will expand to fill the entire reel (if they are included in a winning combination). After all wilds have expanded, all winning combinations will be evaluated and paid, and the feature will end.

What truly sets Wonder Woman Gold apart from other slot games are not just the exciting features, but the eye-catching graphics and nostalgic imagery. Fans of the classic superhero will instantly recognize the imagery and iconography present in the game, plus catch glimpses of their favorite characters.

Have you played Wonder Woman Gold before? Let us know your thoughts in the comments below and what game you want to see featured next.