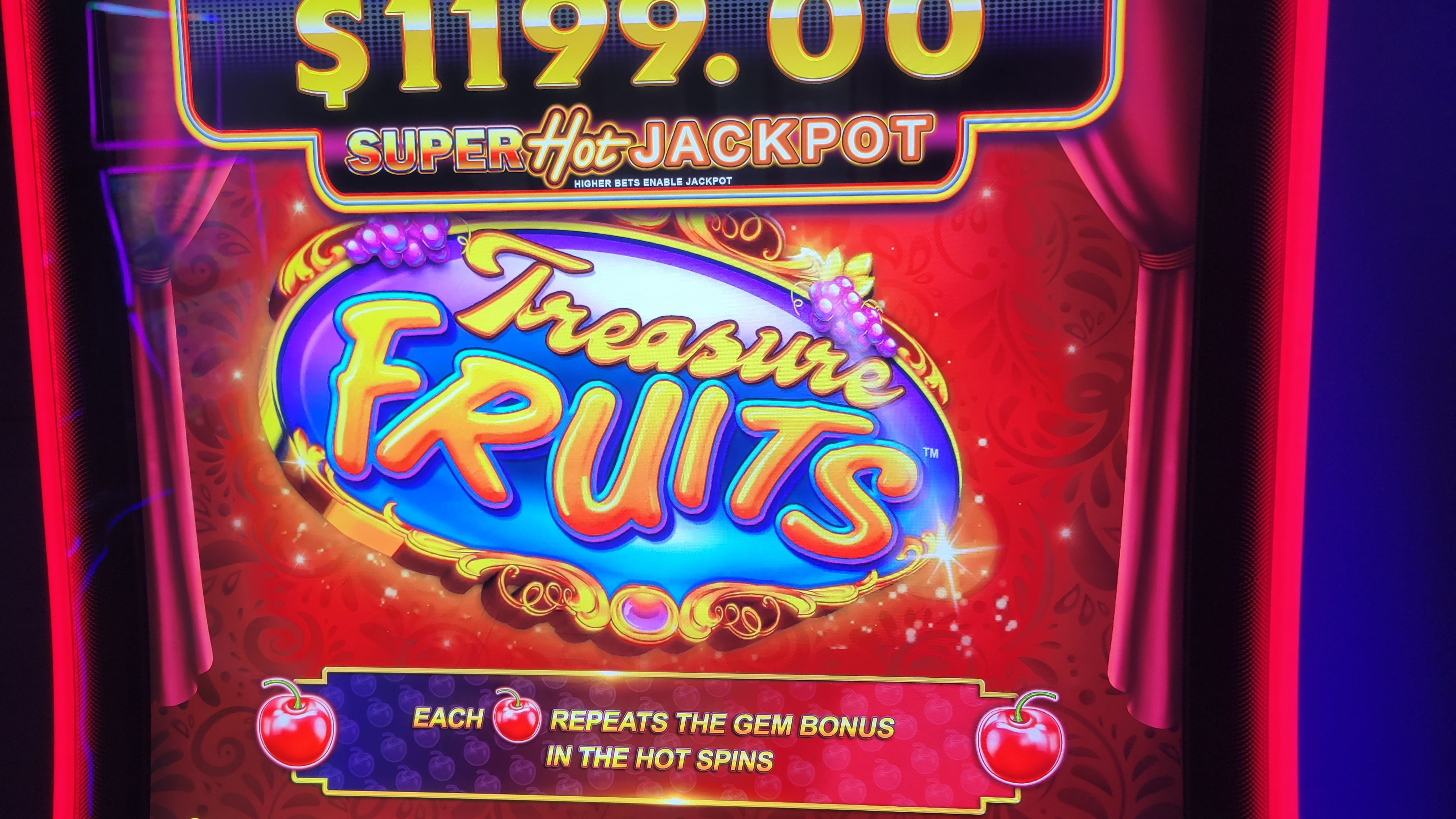 The wins on Treasure Fruits are oh so sweet. Your treasure is waiting for you, so give it a try.

During the base game and before the reel spin initiates, several positions on the reels will be replaced with various fruit symbols. Only the highest winner paid per winning combination. All line pays are multiplied by the bet multiplier. Line pays must occur on adjacent reels, beginning with the left-most reel. All wins on active paylines only. Wins from all active paylines are added together.

A credit value of 25X-75X bet multiplier appears on each gem. The gem bonus is the sum of all gem values appearing on the screen.

During the base game, SUPER HOT SPINS may appear over any symbol on the first and fifth reels. The symbol behind the SUPER HOT SPINS is still counted toward any potential winning combination. Two scattered SUPER HOT SPINS trigger the Super Hot Spins Wheel Feature and at least three wheel spins are awarded. Additionally, bank roll credit prize of 3X the total bet is also awarded.

Looking for some sweet wins in your slots? Treasure Fruits may be the game for you!