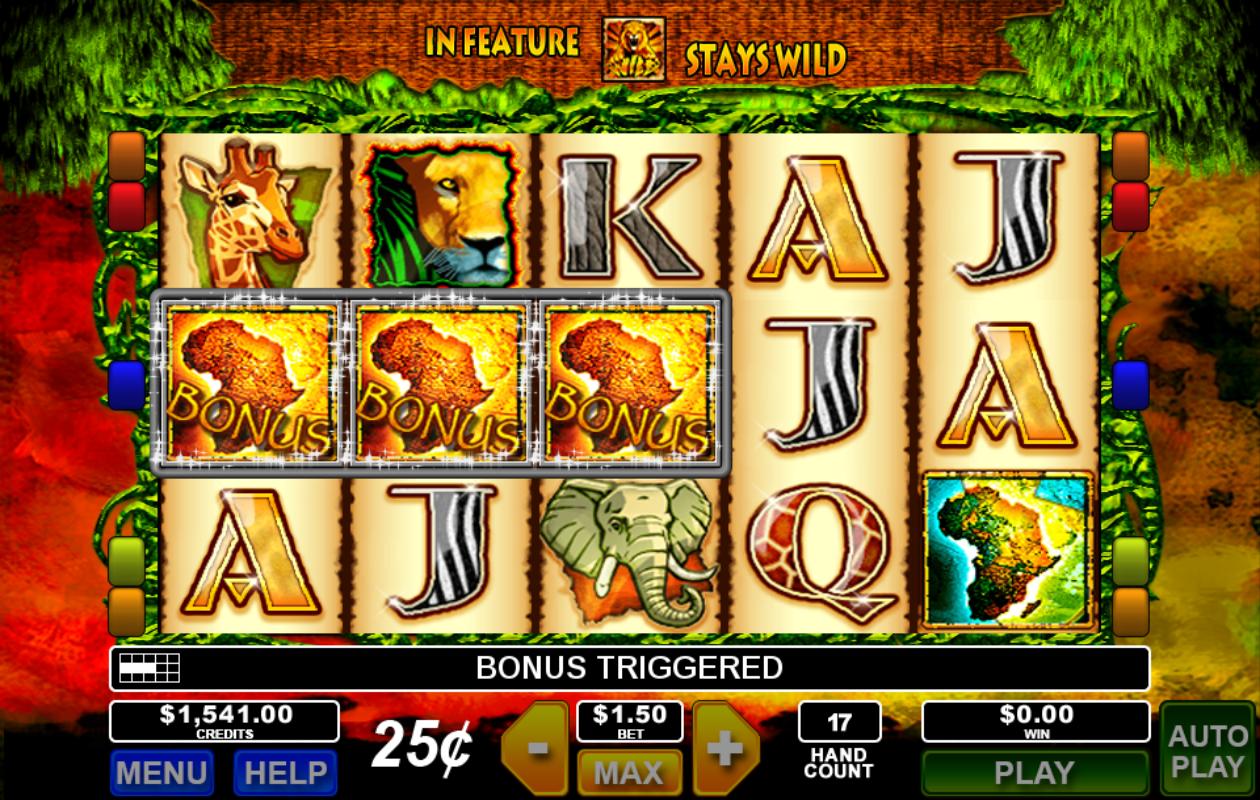 Welcome to the jungle, AE Players! It’s time to examine The Wild Life from IGT.

The Wild Life is a five-reel traditional slot game that has 10 possible paylines. Winning combinations must be consecutive and are only valid from left to right. The minimum total bet is 5 cents, the maximum total bet per game is $4.00, and the overall odds of winning are 1 in 4.0113.

The Wild Life includes a variety of high-paying symbols that fit in with the wild theme of the game. These include a golden lioness, an elephant, a rhinoceros, a giraffe, a zebra, and the standard A, K, Q, and J symbols with an animal-skin motif. There is also a wild symbol depicting a leaping lion. In the main game, the wild symbol appears on the second, third and fourth reels and will turn the entire reel wild. The wild symbol substitutes for all symbols except for the bonus trigger symbol – a map of Africa. 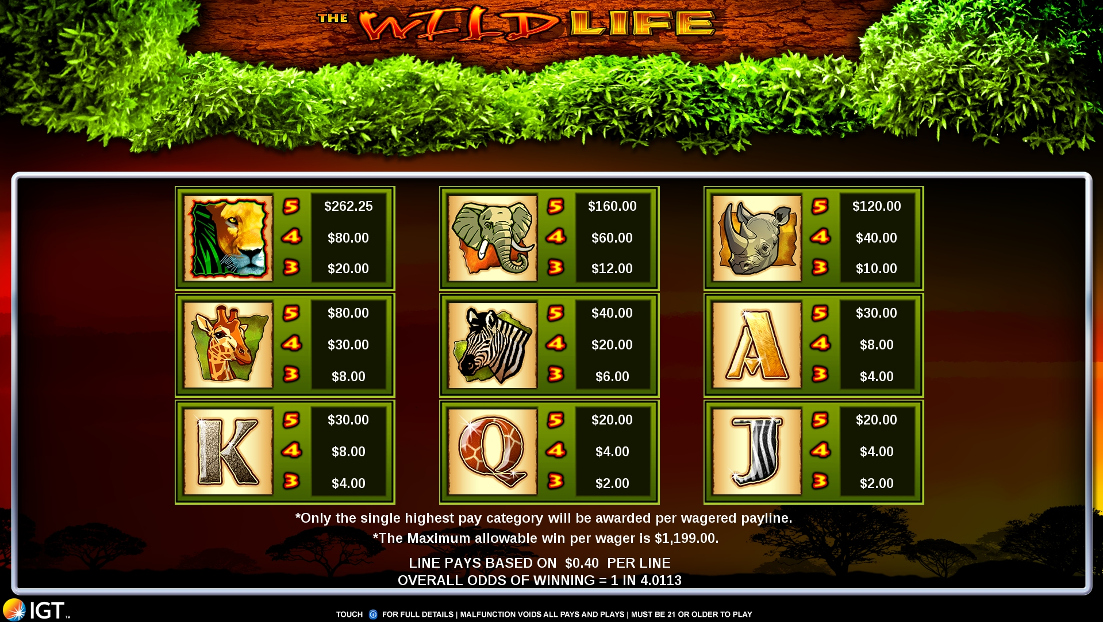 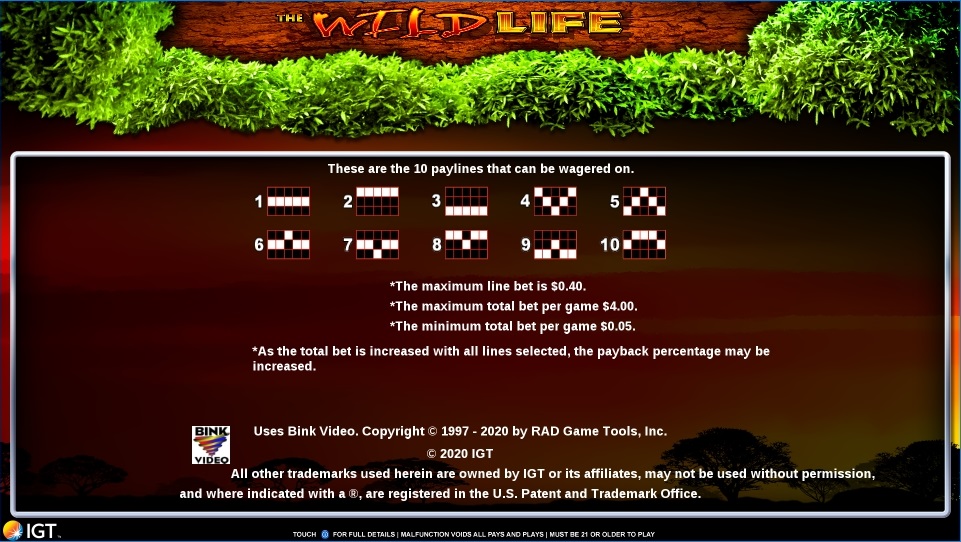 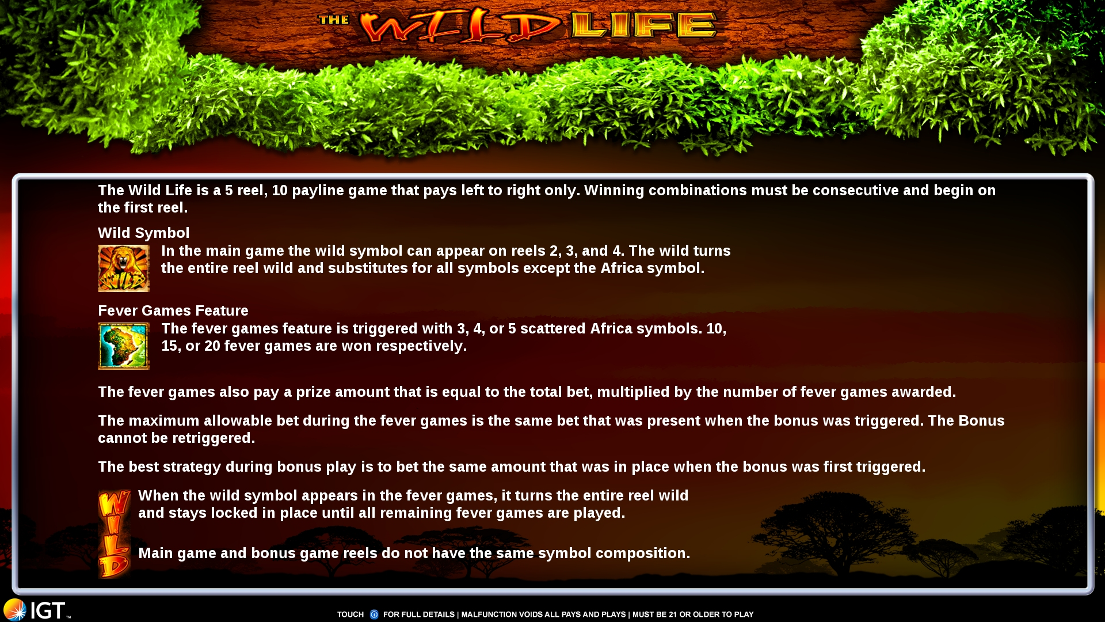 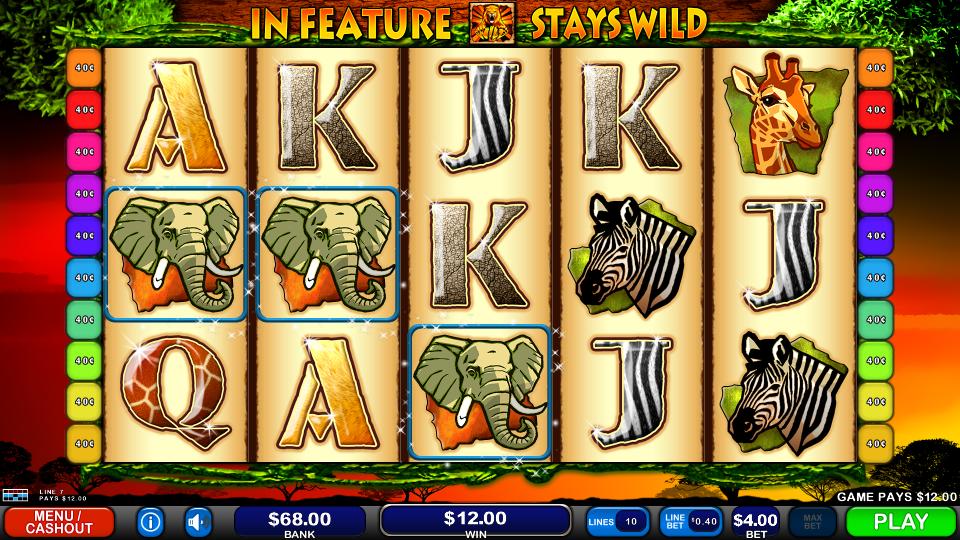 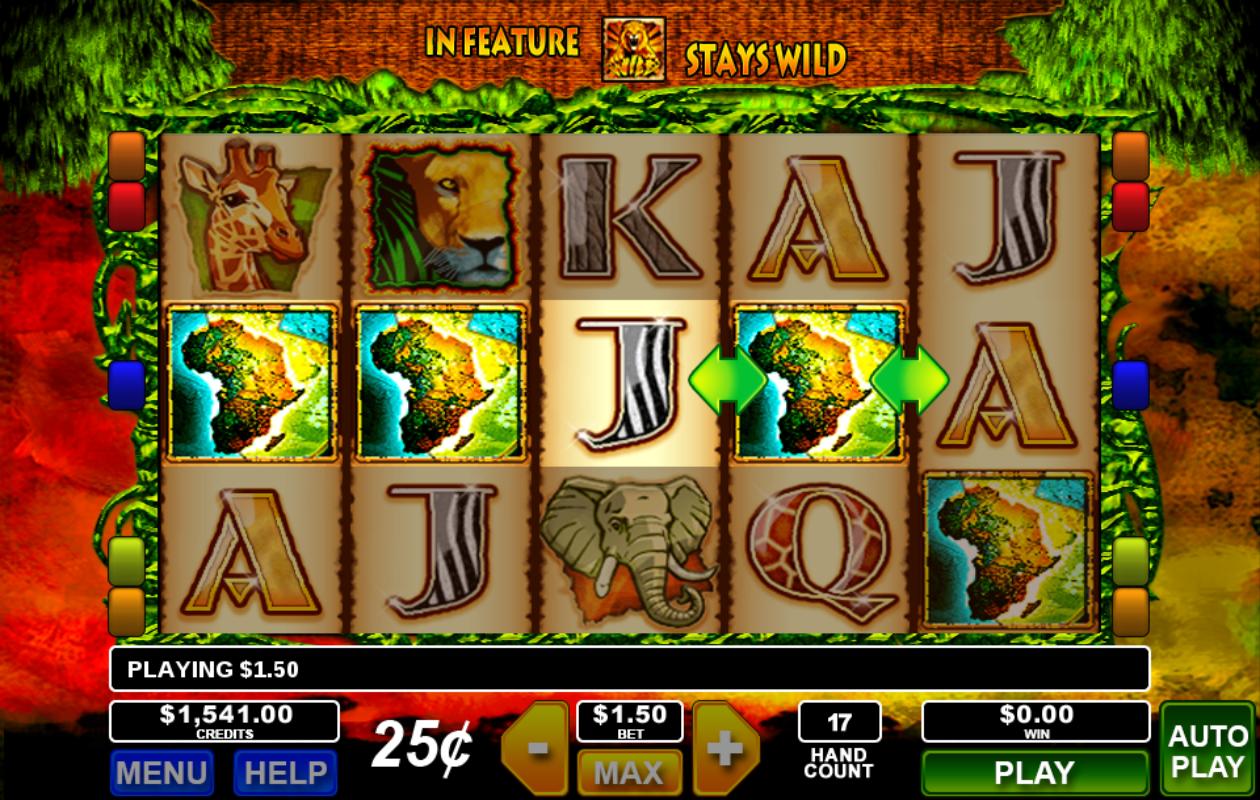 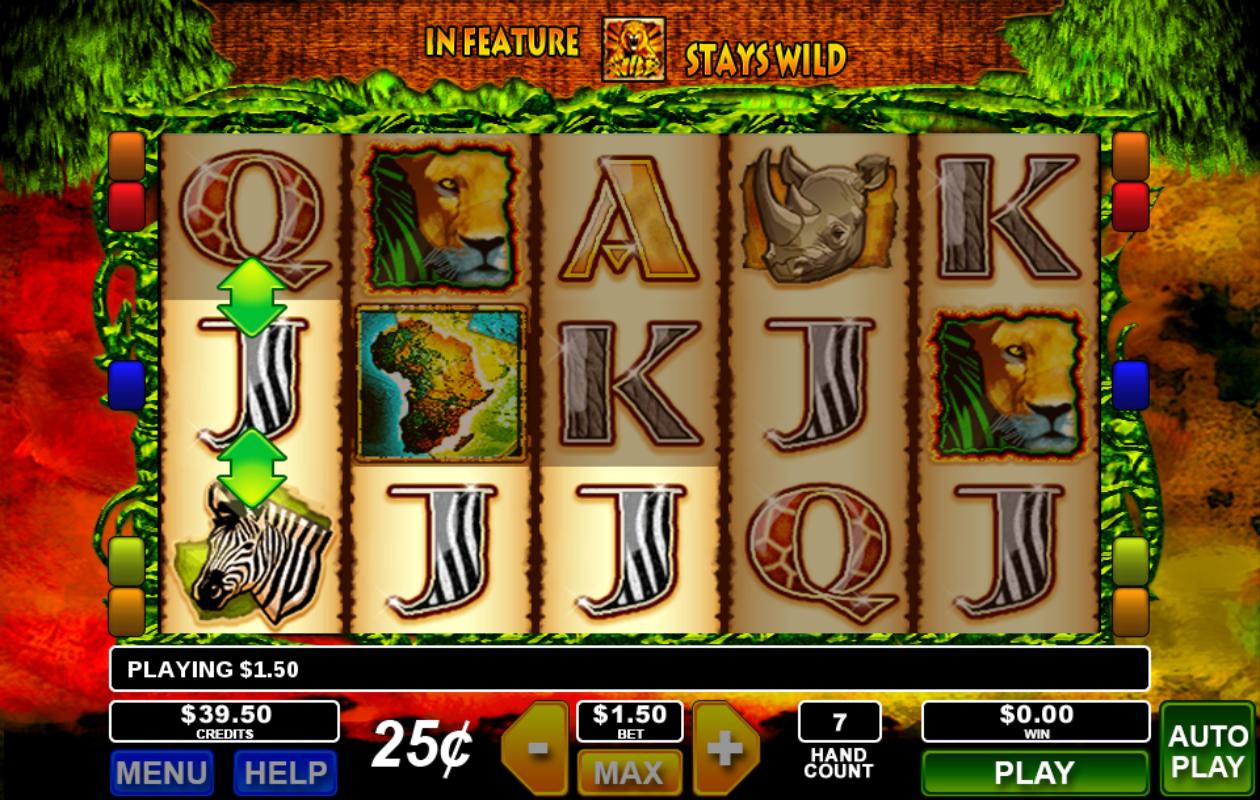 Speaking of the bonus trigger, the Fever Games Feature of The Wild Life is triggered when three, four, or five Africa symbols are scattered on the reels. Ten, 15, or 20 fever games are won respective to how many bonus symbols triggered the feature. The fever games also pay a prize amount that is equal to the total bet, multiplied by the number of fever games awarded. When the wild symbol appears during the fever games, it turns the entire reel wild and stays locked in place until all remaining fever games are played — greatly increasing your chances to win!

The Wild Life is one of our favorite games from IGT’s Pick N Play Premium series. Have you had a chance to play one of the most wild slot games out there? Let us know in the comments below.