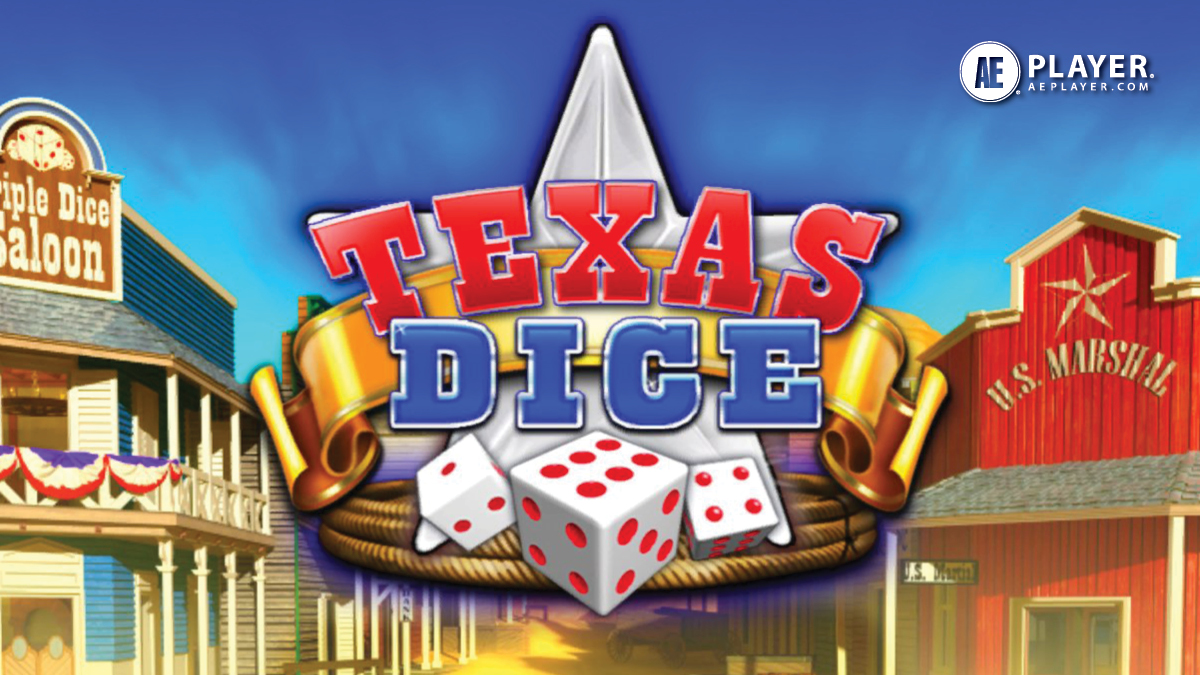 Texas Dice is our new featured game on the AE Player Insider, and it’s more fun than you can shake a stick at! Texas Dice is a five-reel, 20-line slot game with exciting interactive bonus features for players to experience – including the Triple Dice Bonus and Quick Draw Bonus!

The Triple Dice Bonus found in Texas Dice is triggered when players get three scattered dice symbols on reels one, three and five. Players are awarded six dice to toss using the physical touch screen on the video gaming terminal. Players can receive bonus dice throws if they manage to roll a three of a kind. Once all the dice have been thrown, the Triple Dice Bonus will end and all the winning combinations will be added up!

One of the most engrossing parts of Texas Dice is the old-timey, western graphics. There are a handful of beautifully designed symbols with a distinct western flair to them. The high-paying symbols in Texas Dice range from the state of Texas, dueling pistols, cowboy hats and boots, and copper and steel playing cards. Of course, there are also the scatter symbols for the Triple Dice Bonus and Quick Draw Bonus.

Have you ever had the chance to play Bally’s Texas Dice? What did you think of the game? Let us know in the comment section below!