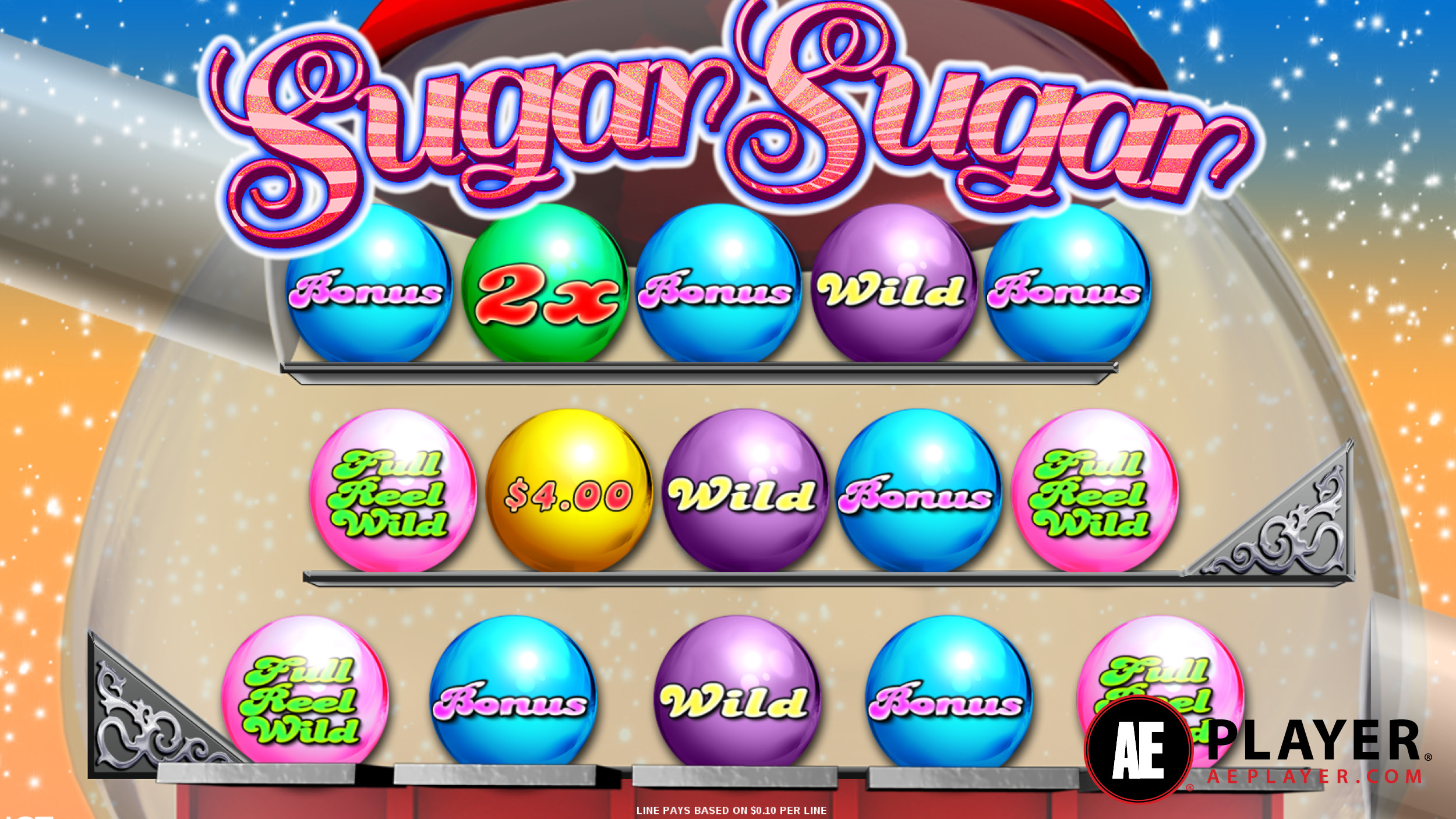 The top screen begins with 15 balls. Each time the play button is pressed, the bottom right ball is removed and then a new ball slides into the top left bringing it back to 15 balls. The 15 balls at the top of the screen are kept per the bet line. Changing your bet allows you to see which balls would be in play at the different wagers available. If more than one multiplier is obtained during one spin, multipliers will be added together before calculating the screen win.

With so many possible winning scenarios, Sugar Sugar will not fail to amuse. There are a lot of moving parts so before you dive in, give the game instructions a review.

If you have played Sugar Sugar, what is your favorite part of the game? Leave a comment below and let us know!