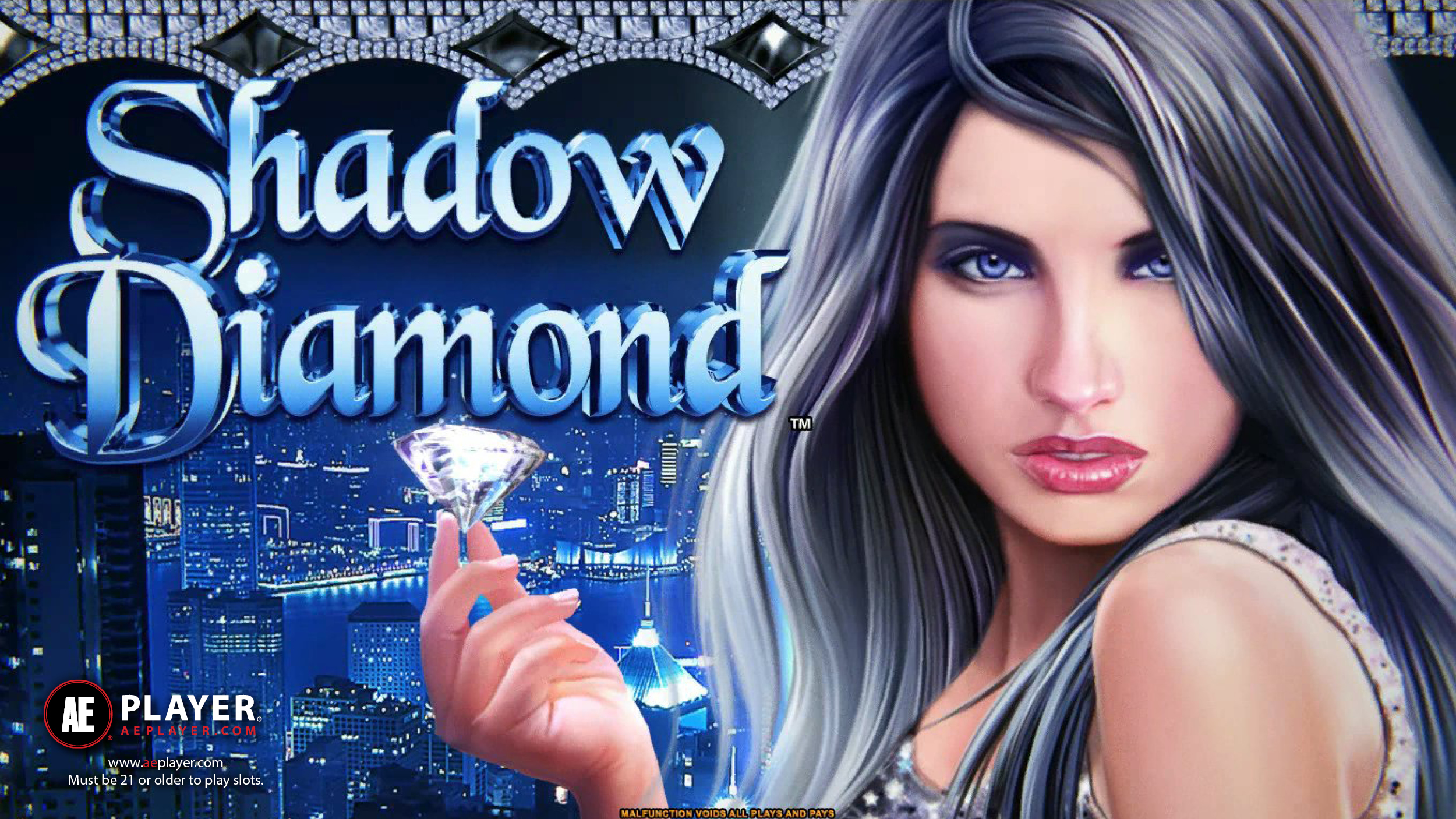 Shadow Diamond is a traditional slot game with five reels and 40 paylines for players to win on. There are a few fun bonus features found in Shadow Diamond, but before we get into those let’s look at the pay symbols found in the base game! High-paying symbols include the Shadow Diamond logo, a beautiful woman, a handsome man, and a glittering diamond necklace. Medium-paying symbols include a diamond ring, a glitzy watch, a citrine opal, a sapphire, a ruby, a pink diamond, and an emerald! All pays are adjacent on an active payline and read left to right.

The first bonus feature we are going to take a look at is the Super Stacks Feature. Each reel contains mystery symbol positions that are randomly replaced with one of the following symbols before each reel spin is initiated: the logo tile, the woman, the man, the necklace, the ring, the watch, the opal, the sapphire, the pink diamond, the ruby, the emerald, and a white diamond. All mystery symbol positions on a reel are replaced with the same symbol per spin, but the white diamond only appears on the second, third and fourth reels.

Shadow Diamond is a perennial favorite of slot players everywhere, thanks to its glitzy and glamourous graphics, and the fun bonus features found in the game. Have you played Shadow Diamond before? Let us know in the comment section below!