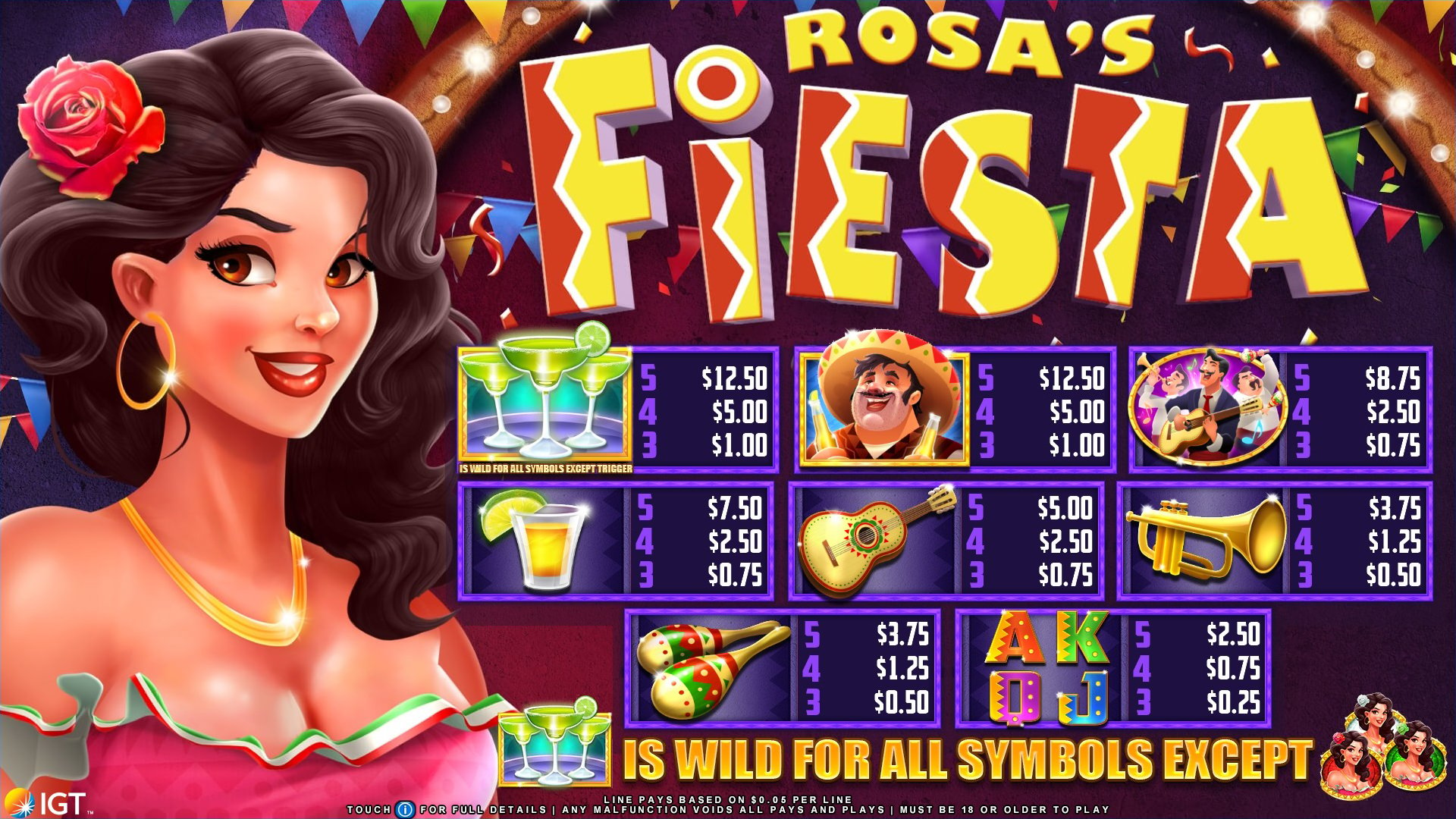 One of IGT’s newer game themes, Rosa’s Fiesta contains some exciting features for players, including fever games, sticky wilds, and stacked symbols! Rosa’s Fiesta is a five-reel, 40-payline slot game that pays only from left to right. (Winning combinations must be on consecutive reels and begin on the first reel.)

In the main game, there are a variety of fun and funky symbols to delight players. The trio of margaritas is wild for all symbols, except bonus triggers. The bonus trigger symbol is a portrait of Rosa with either a green, white, or red background. Other high-paying symbols include a man in a sombrero, a mariachi band, a tequila shot, a traditional guitar, a trumpet, maracas, and stylized symbols for ace, king, queen, and jack.

Any combination of five or more of the Rosa symbols on consecutive reels will trigger the bonus games found in Rosa’s Fiesta. The first five symbols award five bonus games, and any additional Rosas that were spun will award the player five more bonus games each.

Each different color Rosa has a different outcome on the bonus feature:

Each Fever Game costs the player one penny to play, regardless of the bet that was in place when the bonus was triggered. The bonus can also be re-triggered, and any sticky wilds that were part of the initial trigger remain throughout the re-triggered games, as well as any NEW sticky wilds!

Are you looking forward to trying out Rosa’s Fiesta this summer? Let us know in the comments below!