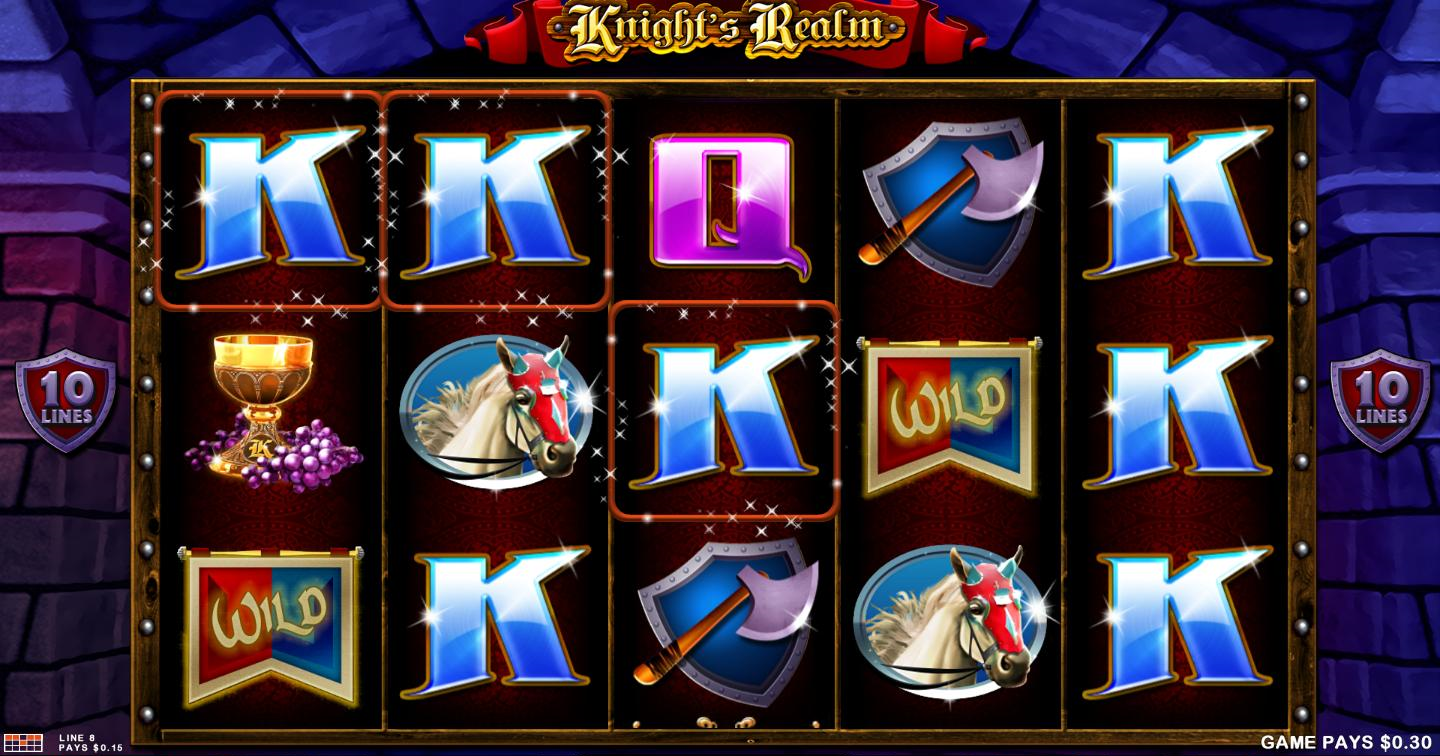 Have you ever wanted to be a knight, but don’t own a sword? You have been summoned to the Knight’s Realm. It’s your chance to shine and be the hero!

Knight’s Realm is a five-reel, 10-payline game that pays left to right only. The maximum allowable win per wager is $500.00.

When purple crowns appear across all five reels, the Fever Spin Bonus is triggered. Fever Spins are played with the same number of paylines and bet per line as the spin that initiated the bonus. It costs one penny to play each Fever Spin. The bonus can be retriggered during the bonus and “+1 SPIN” will award additional Fever Spins — up to a maximum of 200 Fever Spins. Main game and bonus game reels do not have the same symbol composition.

These may have been simpler times, but the prizes you can win are not medieval. Gather your horses and swords; your adventure is about to begin. Get started with Knight’s Realm.