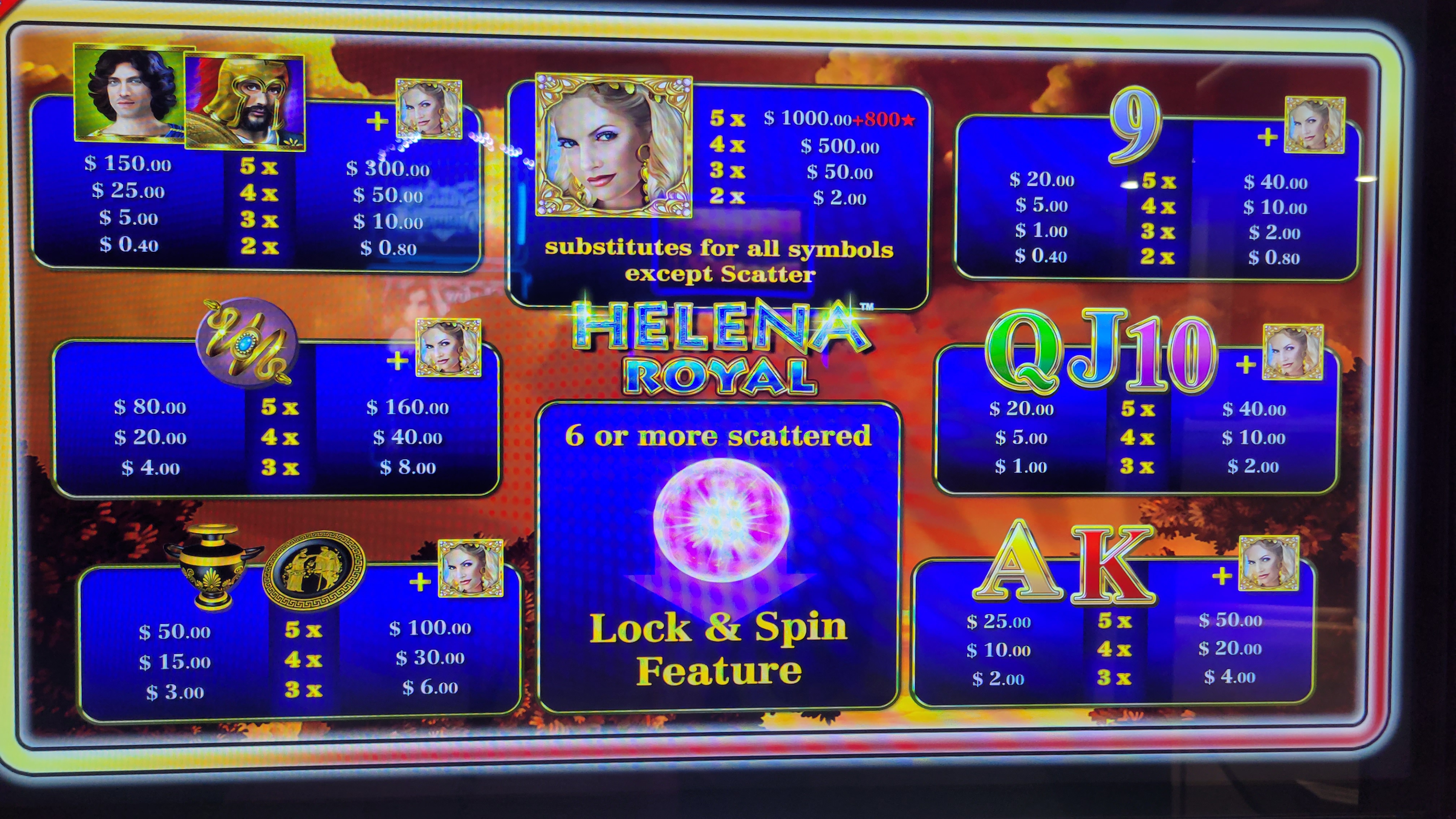 Are you looking for a break from your regular job? Here’s your chance to become royalty with Helena Royal.

(2) Fever Games are triggered by one or more symbol combinations as indicated on the pay table. The cost of each Fever Game is one penny. During the Fever Games, the reel strips may be different than in the normal reel game.

(3) Action Games: Action Stars are awarded by one or more symbol combinations as indicated on the pay table. Win up to $10, depending on the amount of Action Stars with one spin.

Be a part of the royal family with Helena Royal!