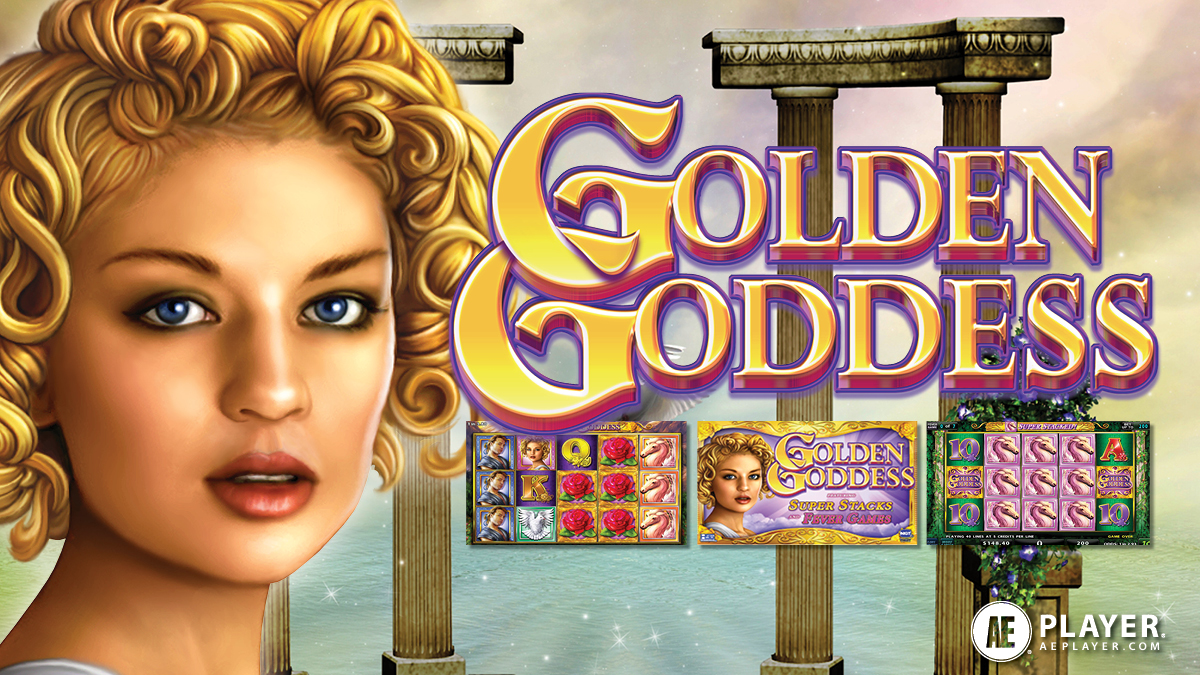 Our first featured game in October is IGT’s Golden Goddess. Golden Goddess is an inviting and spirited game full of pastel colors and mythological imagery. Featuring Super Stacks and Fever Games, this game is a favorite among Illinois slot players. Let’s delve into what makes Golden Goddess so great!

Golden Goddess is a five-reel slot game with 40 possible pay lines for players to win on. Line wins must appear on played lines. Line win symbols must appear on adjacent reels, beginning with the left most reel. Scatter pay symbols are awarded in any position on the reels. Line wins are multiplied by the credits bet per line, but scatter wins are multiplied by the total credits bet.

There are a handful of recognizable high-paying symbols, including the Golden Goddess, Golden God, pink Pegasus and white dove. Lower-value symbols include the stylized symbols for ace, king, queen, jack and 10. There is also a Golden Goddess logo symbol that is wild and substitutes for all symbols except the Rose. The Rose is a scatter pay symbol that only appears on reels two, three, and four, and can help trigger the Fever Games Bonus.

Golden Goddess is a highly recognizable slot game for long-time slot players. With its beautiful and intricate graphics and enchanting pastel color scheme, the game will likely remain a favorite classic for years to come. Have you ever played Golden Goddess? What games do you want to see featured next? Let us know in the comments below