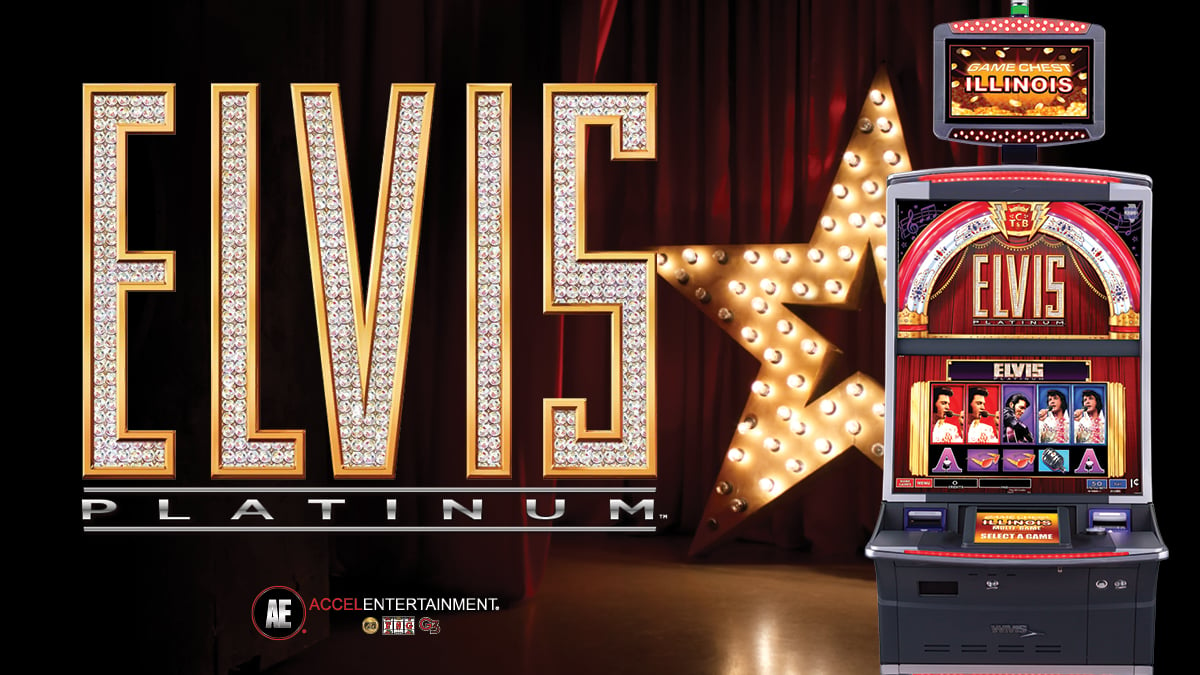 Did you know that Elvis was born in January? That’s right, Elvis Aaron Presley was born January 8, 1935, in Tupelo, Mississippi. To celebrate what would have been the King’s 85th birthday, AE Player is going to do our monthly Game Guide on Scientific Gaming’s smash-hit slot game Elvis Platinum.

Elvis Platinum is a relatively new addition to the Scientific Gaming Illinois slot machine lineup. The reels are five symbols across and three symbols high. There are 25 possible paylines in the game, plus Elvis Platinum incorporates Scientific Gaming’s Max Bet Edge feature. This means that all wins that equal or exceed $200 are boosted to the maximum possible win for that bet! Symbols in the game include various portraits of Elvis (each two tiles high), his iconic sunglasses, a retro microphone, and stylized symbols for Ace (A), King (K), and Queen (Q). The TCB band symbol represents a wild tile and can replace any regular tile.

New to the game is the very rare “Side B Bonus.” If a player scores above a certain amount on a picture pay, they are eligible to receive a random B-Side Prime Spin. The B-Side Prime Spin is overwhelmingly likely to result in a second picture pay win for the player, which can lead to some seriously hefty prizes! 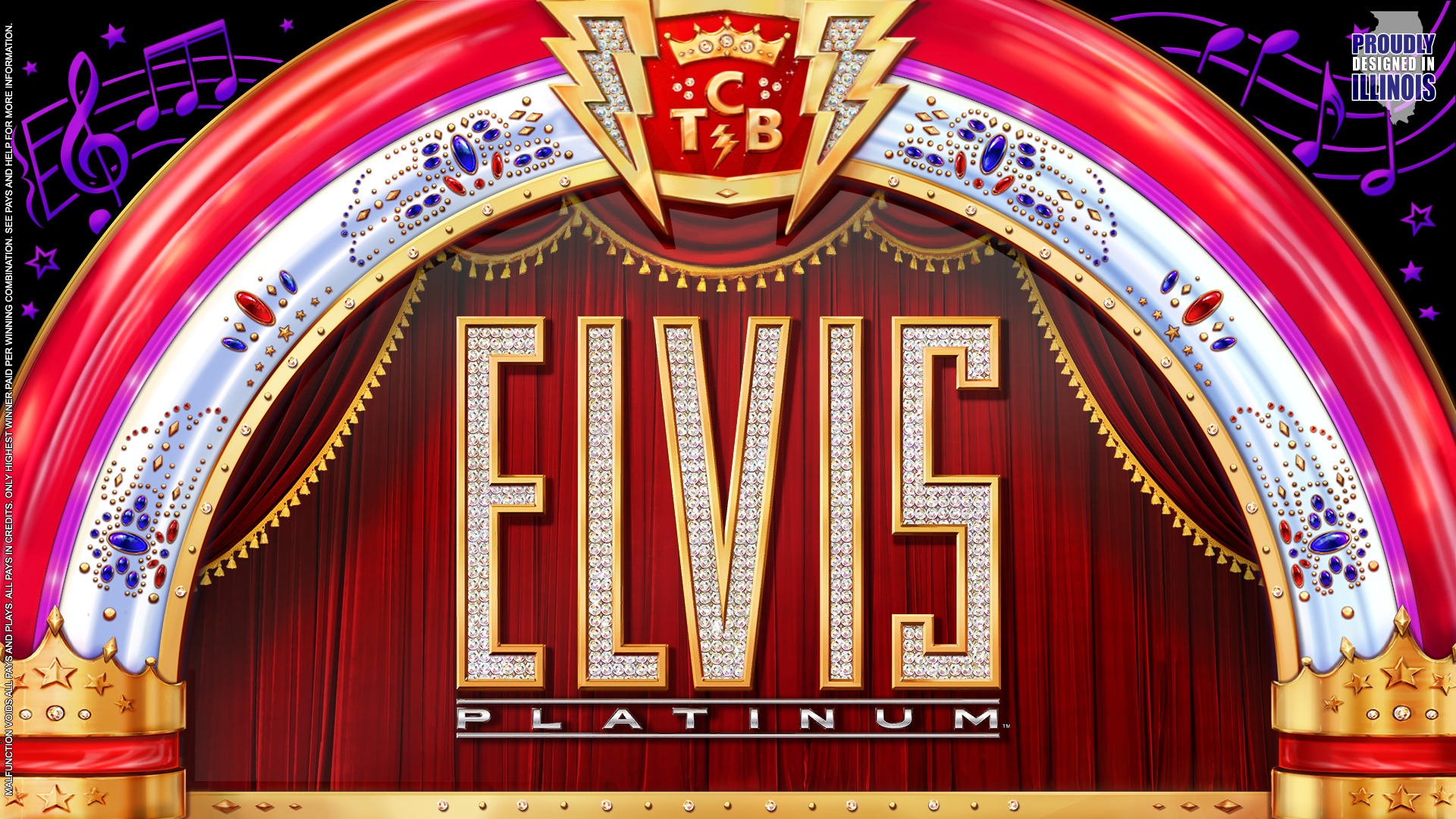 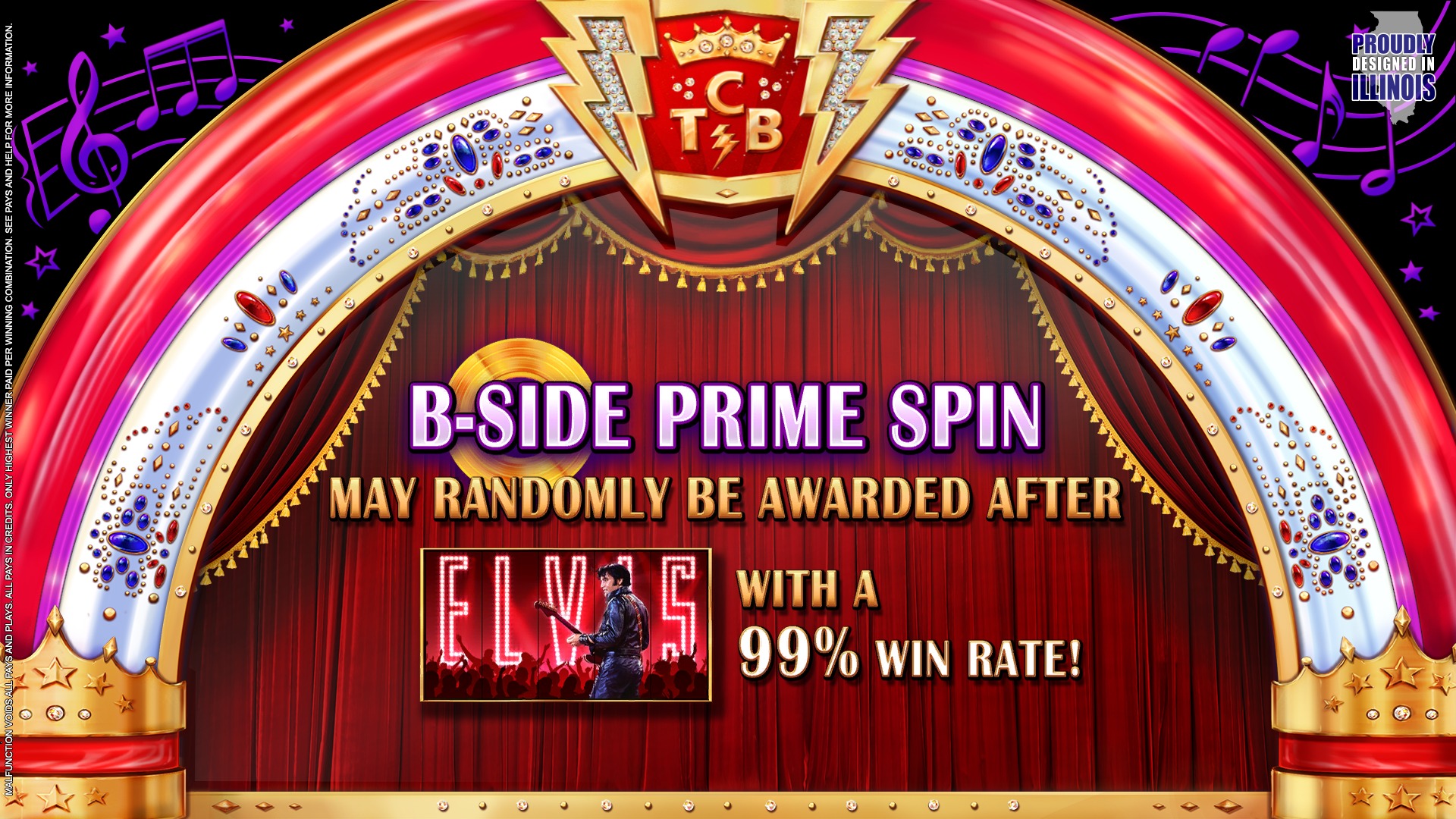 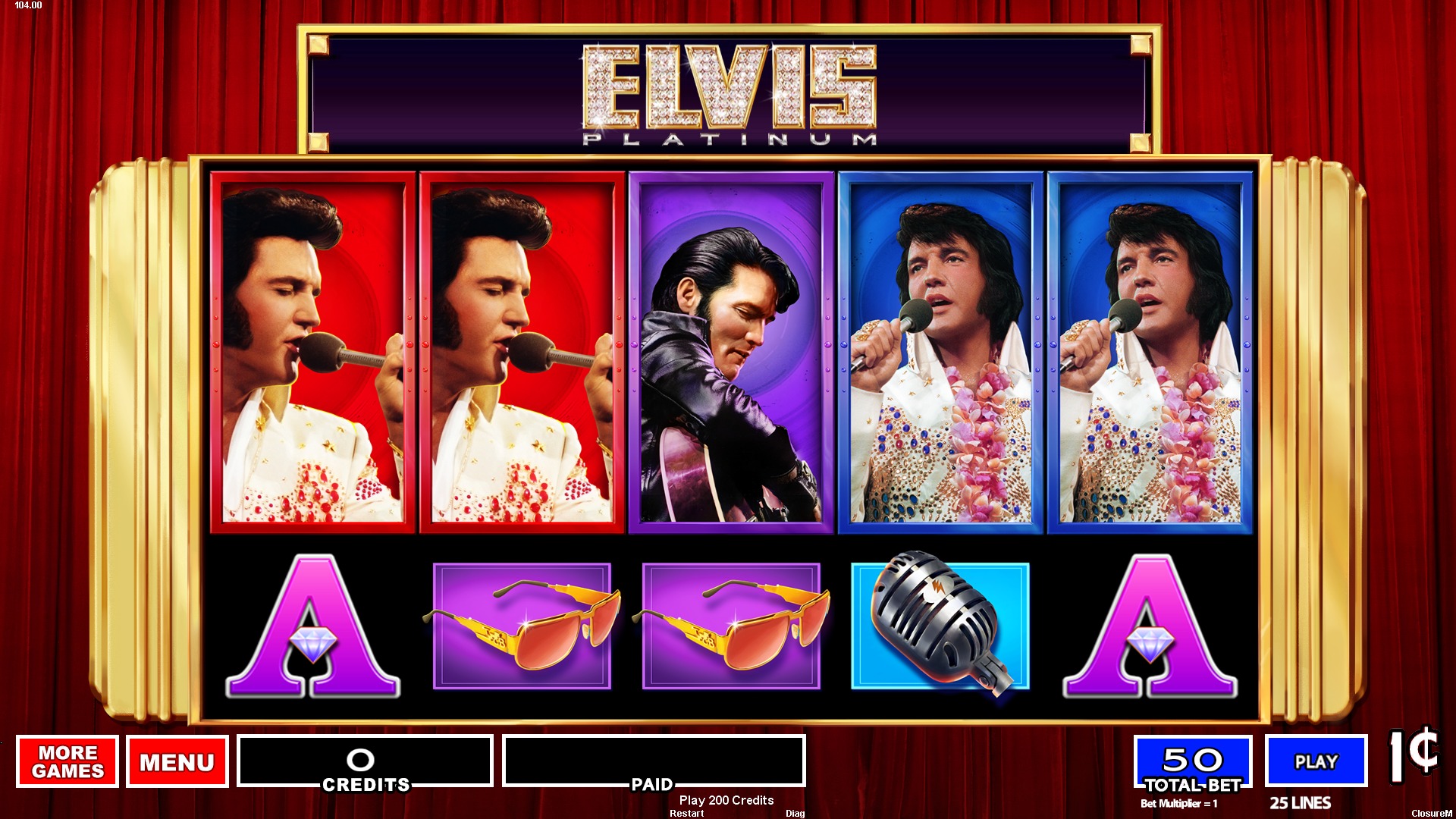 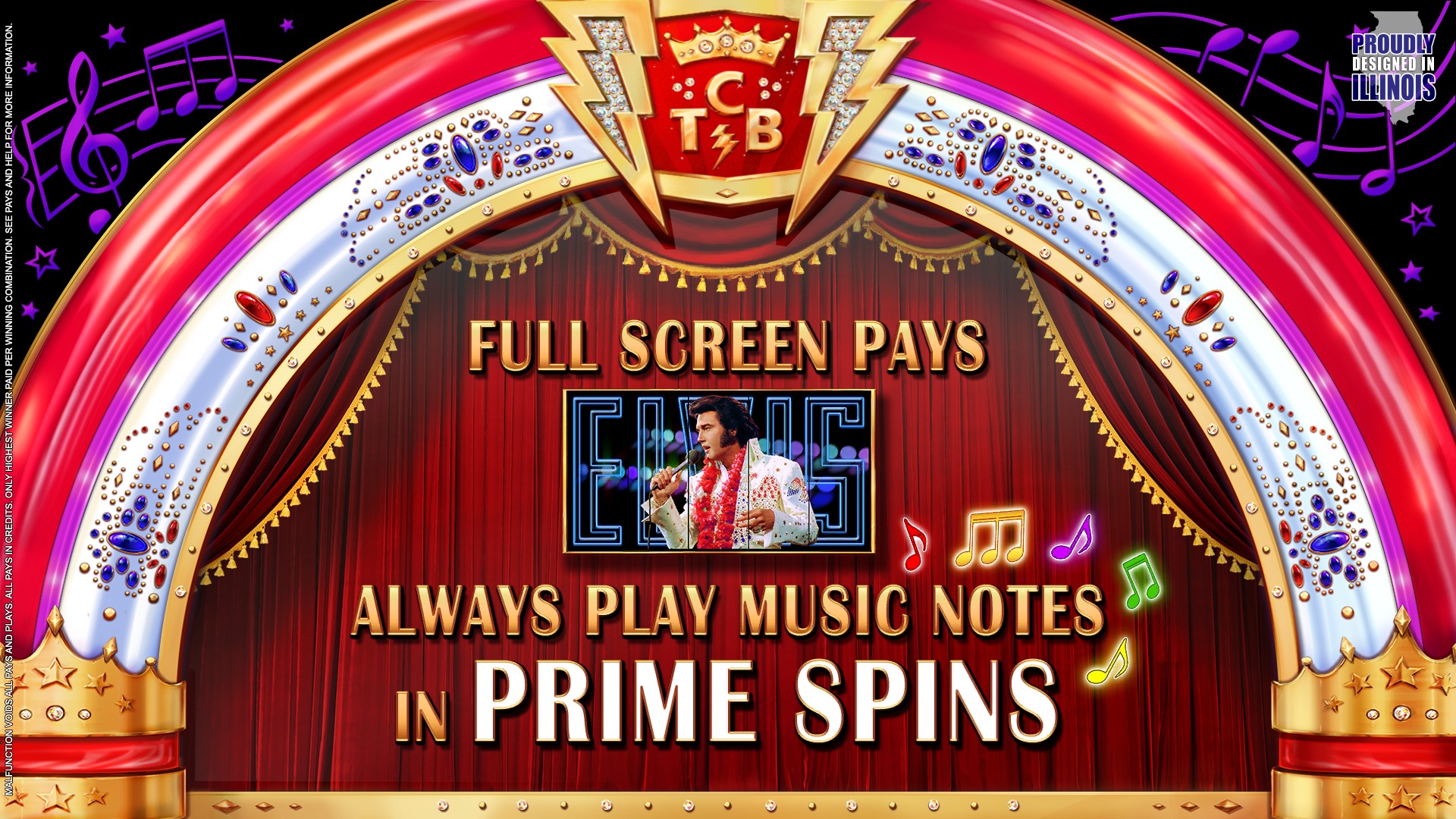 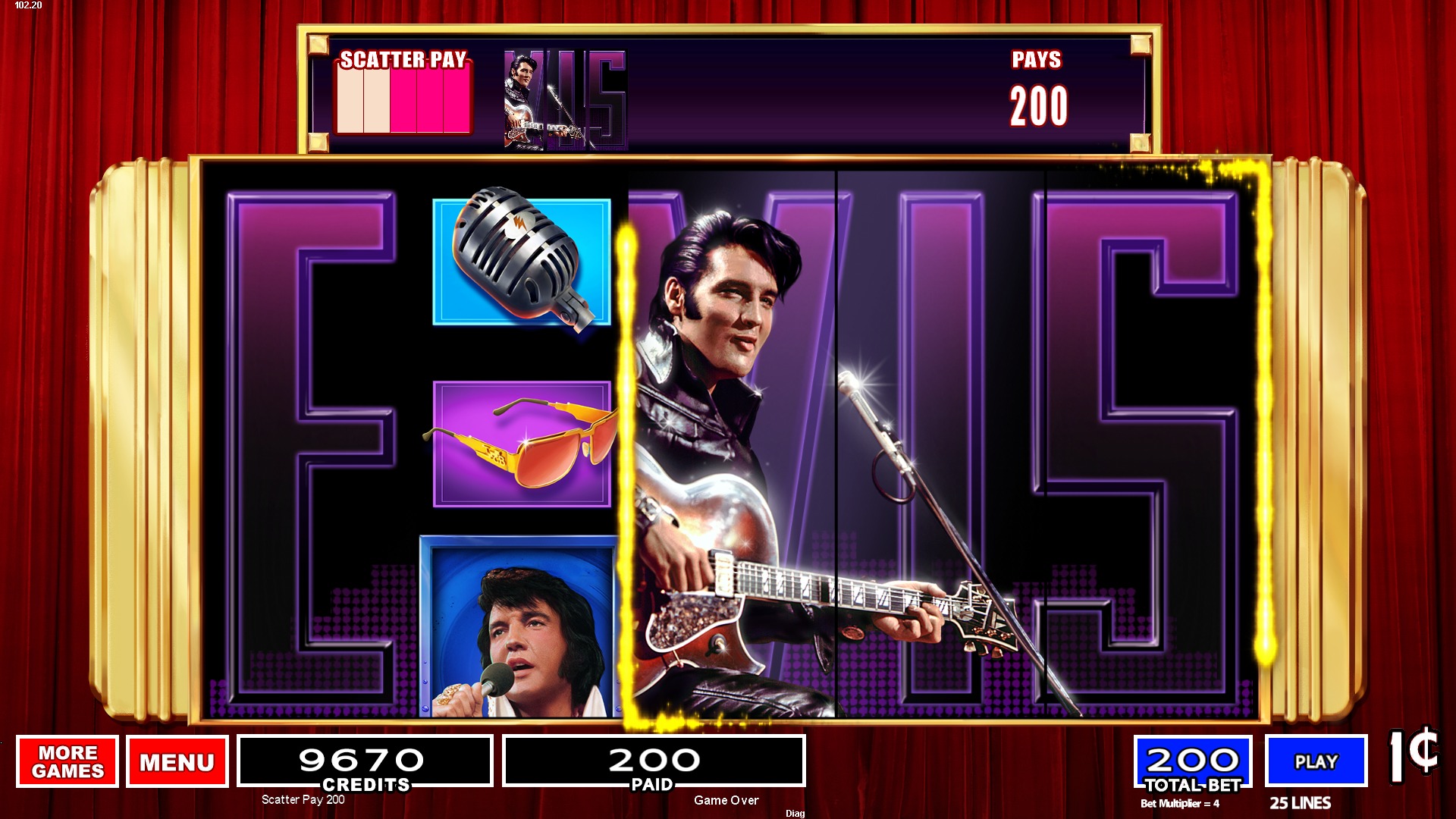 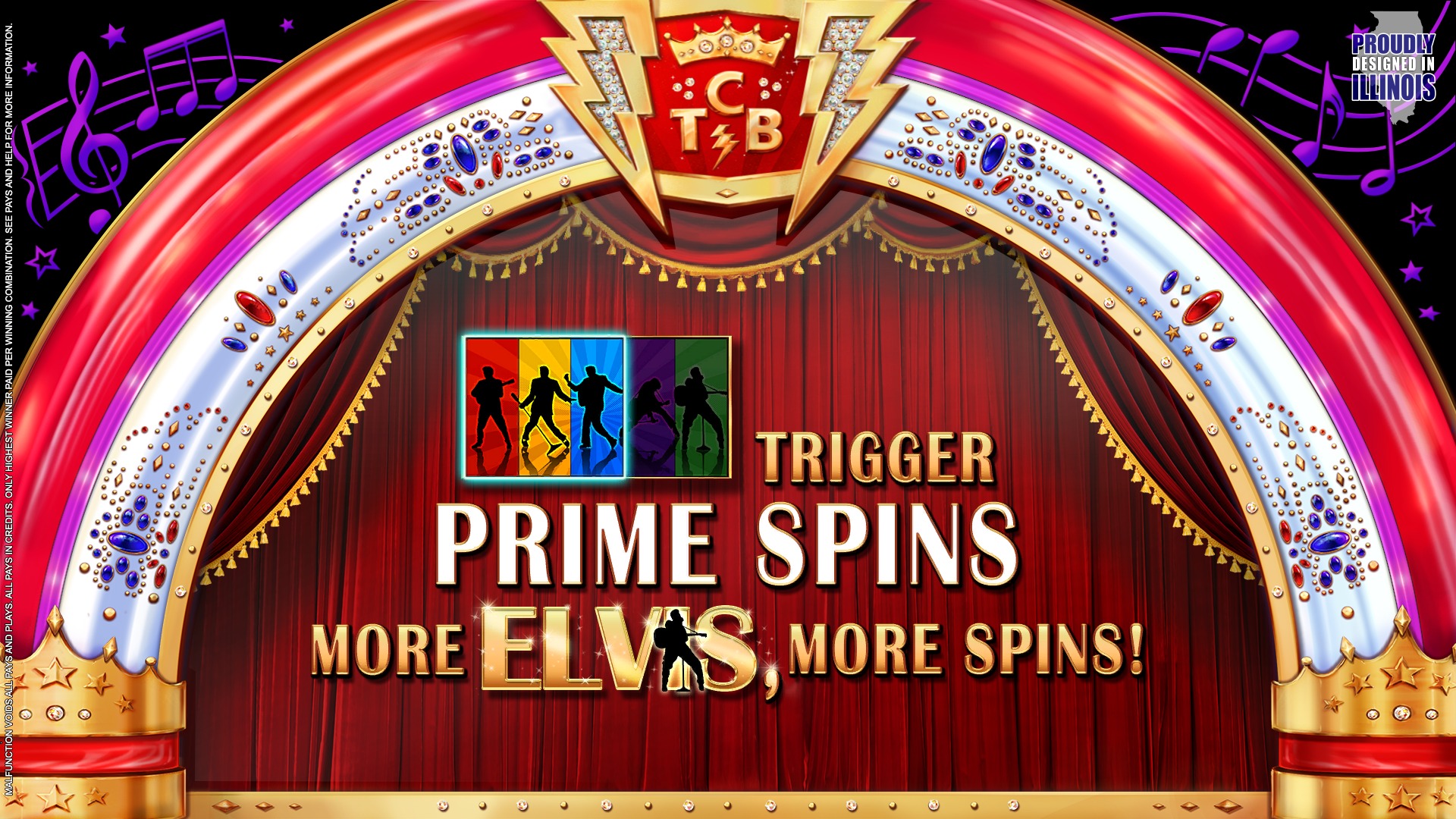 The real joy of Elvis Platinum comes from the classic Hollywood glamour and rock ‘n’ roll feel of the game. Players will be able to pick up on iconic Elvis tunes in the background of the game, including “Hound Dog,” “Teddy Bear” and “Blue Suede Shoes.”

Next time you are in an Accel Entertainment video gaming establishment, be sure to look for Scientific Gaming’s Elvis Platinum and let us know in the comments below if this exciting game is one of your slot favorites.