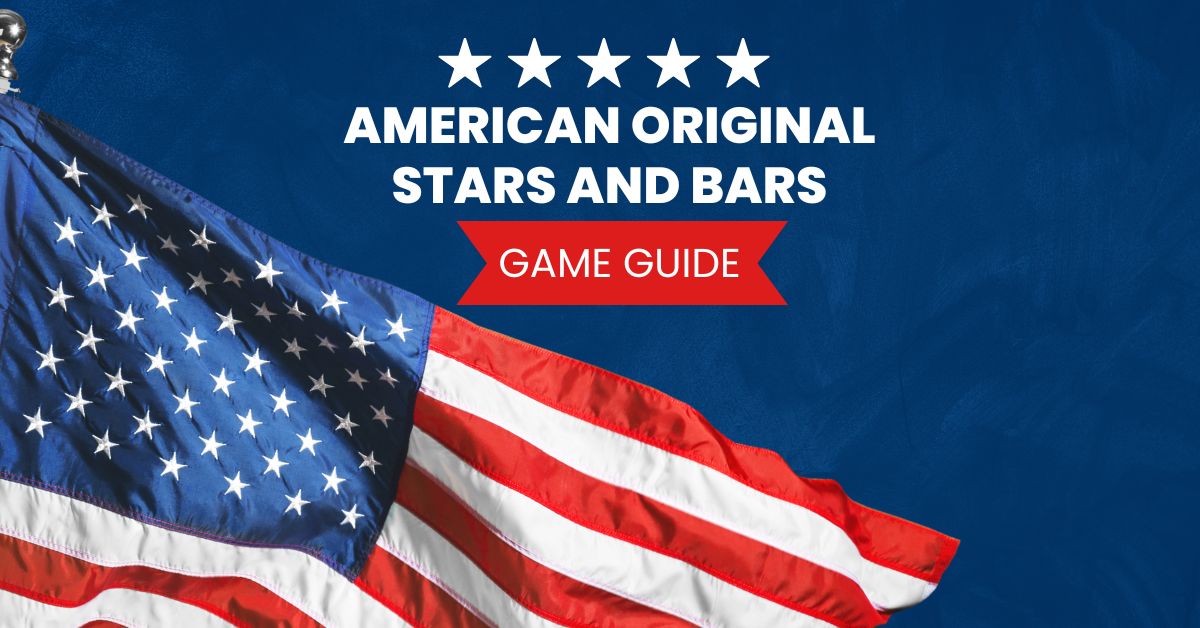 View spacious skies and walk through amber waves of grain in the hit game American Original Stars and Bars. What will you find while playing the most patriotic game out there?

American Original Stars and Bars is a five-reel slot game that plays left-to-right. Just as there are 50 states in the country, there are 50 ways to win! All players have a 1 in 1.93 chance of winning. Line pays are multiplied by the bet multiplier, and wins from all active pay lines are added together. Symbols in American Original Stars and Bars are red, white, and blue 7’s, different bar icons, and an icon proudly displaying the name of the game.

This feature is activated when 3 or more ‘Hot Spins’ icons are triggered. The more icons that are triggered, the greater the total bet multiplier will be. Before the Hot Spin Feature begins, players will have to make two decisions, both of which involve choosing 9 patriotic stars in order to determine how many hot spins the player will be awarded and what their pay multiplier will be.

During the Hot Spin Feature, if any total win during any spin is greater than or equal to $350 then the win is automatically increased to $1199.00! This feature is only enabled if the game is played at the maximum bet.

If the Wager Saver option is available, players will have one of three options. They can ‘Collect’ to cash out their remaining credits, ‘Return to Game’ to return to the base game, or they can press the “Play Wager Saver” button. This option awards players a chance at one spin of the reel at the same bet configuration as the last wagered spin. If the wheel stops on “win”, one spin of the reels at the last, previously wagered amount will be awarded to the player. Meanwhile, if the wheel stops on “no win” then the remaining credits are lost, and the game is over.